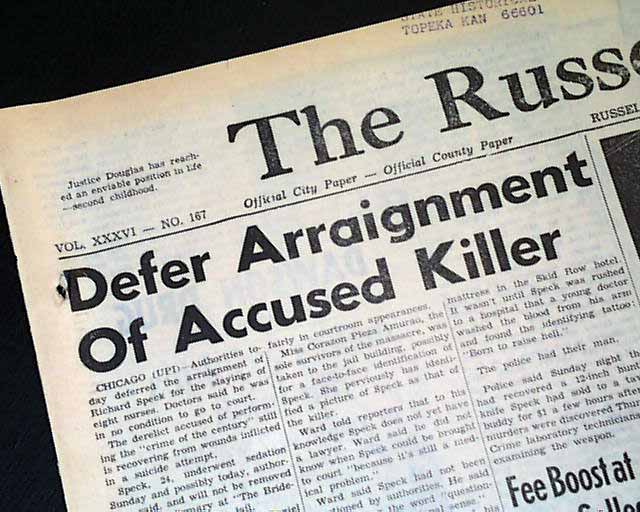 This 6 page newspaper has a three column headline on the front page: "Defer Arraignment Of Accused Killer"

Tells of the famous mass murder of 8 student nurses in Chicago IL.

Other news of the day. A few small binding holes along the spine, otherwise in nice condition.