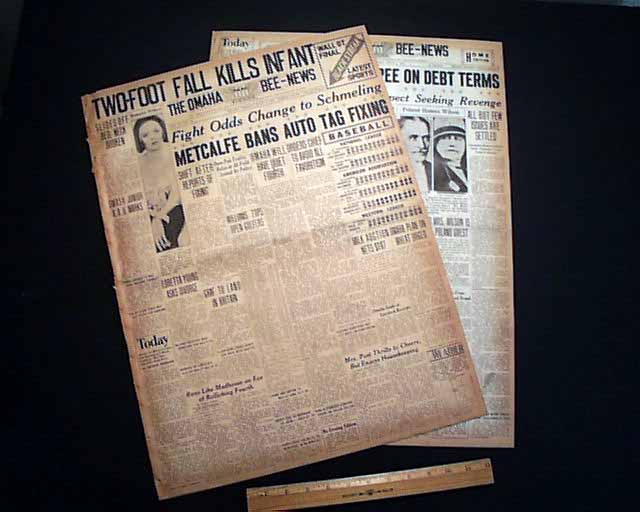 The July 4th, 14 page newspaper has a banner headline on page 8:
"Schmeling Stops Stribling in Fifteenth Round of Bout" with subheads and photo of Schmeling (see photos).

As an extra bonus you also get the July 3rd issue with pre fight news.

Other news of the day. Usual browning with little margin wear, but otherwise in good condition.

wikipedia notes: "Strib" missed his one great chance to become heavyweight champion of the world when he lost to Max Schmeling on July 3, 1931, on a technical knockout in the last 14 seconds of the 15th round. It was the first major fight to be broadcast live over national radio. When the fight ended, "Strib" went to shake hands with Schmeling who, although swarmed by photographers, insisted on being photographed with "Strib." 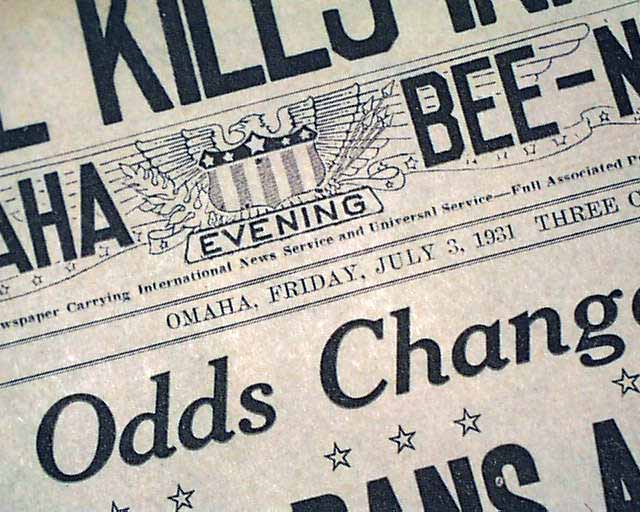 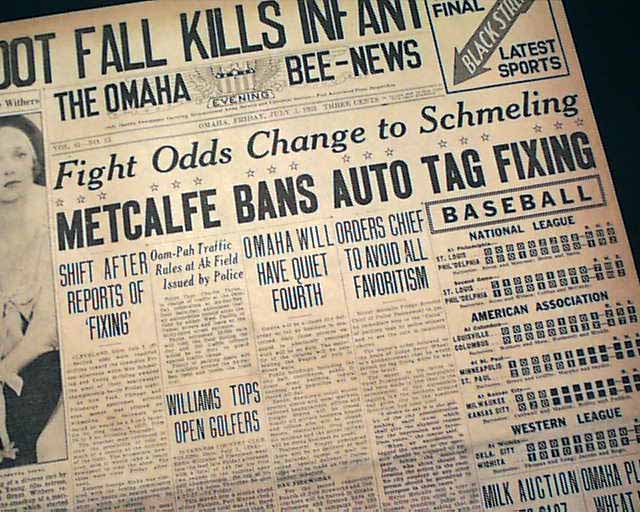 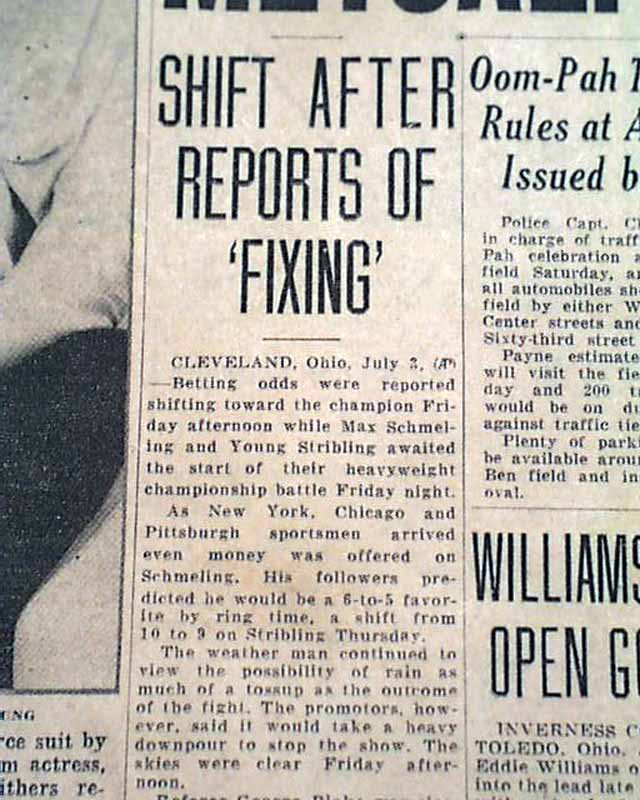 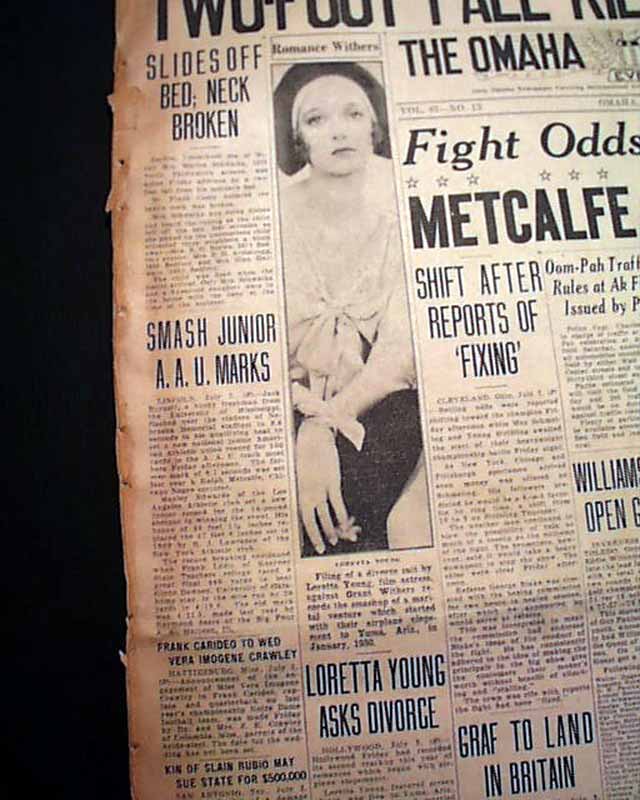 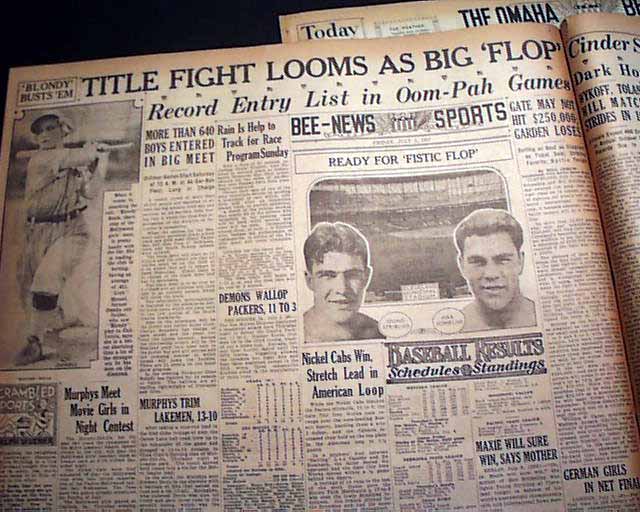 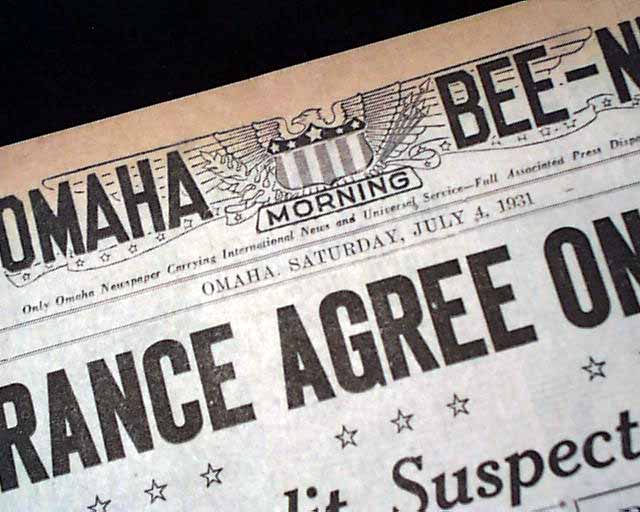 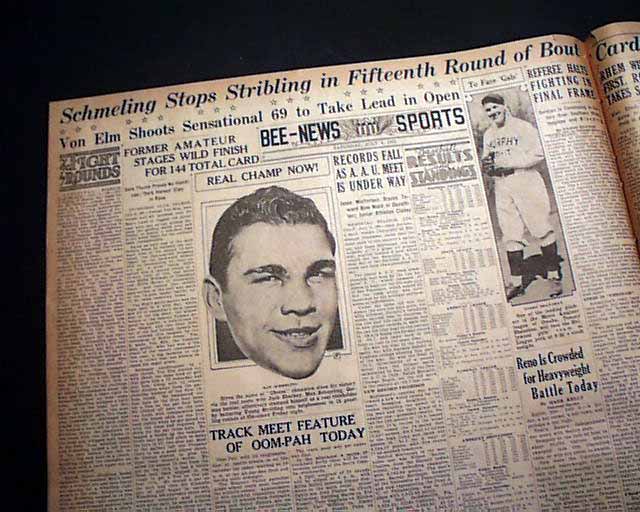 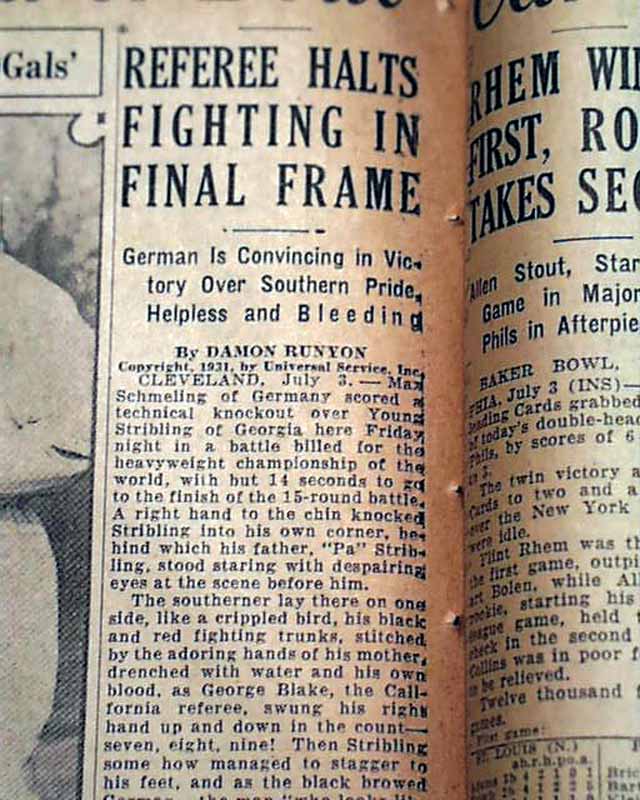 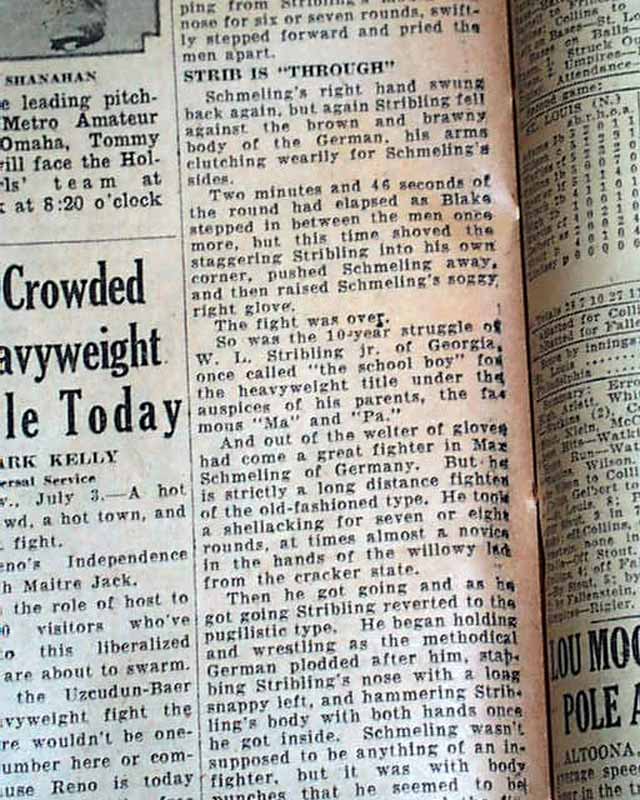 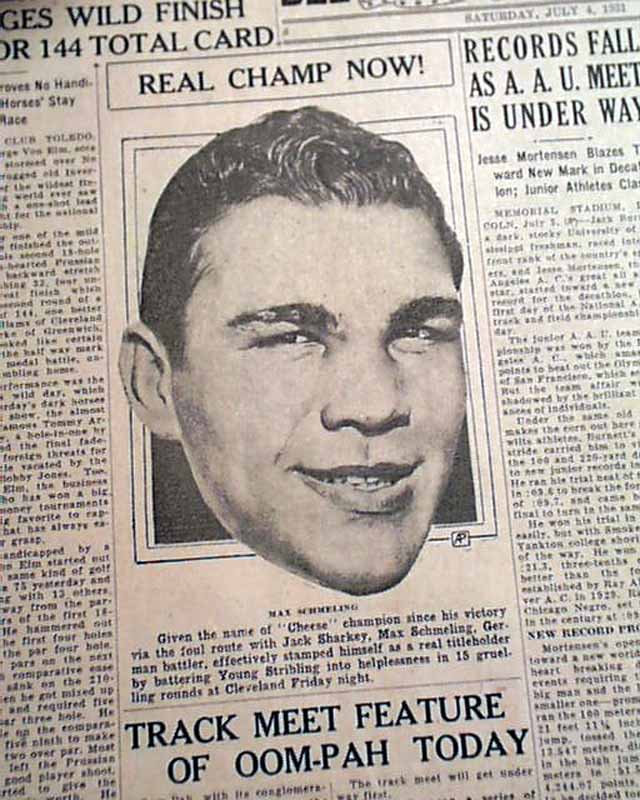