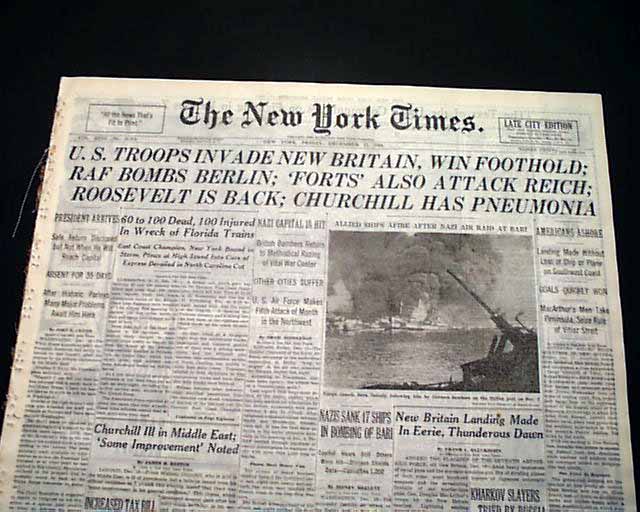 This 44 page newspaper has two column headlines on the front page that include: "60 to 100 Dead, 100 Injured In Wreck of Florida Trains" and more. Coverage continues on page 18 with related photo and list of known dead and injured. (early)

Tells of the worst Southeast train wreck at the time at Lumberton, North Carolina.

Other news of the day throughout with much on World War II. Rag edition in great condition.

wikipedia notes: The Champion was a passenger train operated on a 1,314-mile (2,115 km) route by the Atlantic Coast Line Railroad between New York City and Miami or St. Petersburg, Florida, beginning in 1939. Inherited by Amtrak as part of its inaugural system in 1971, the train was discontinued in 1979.