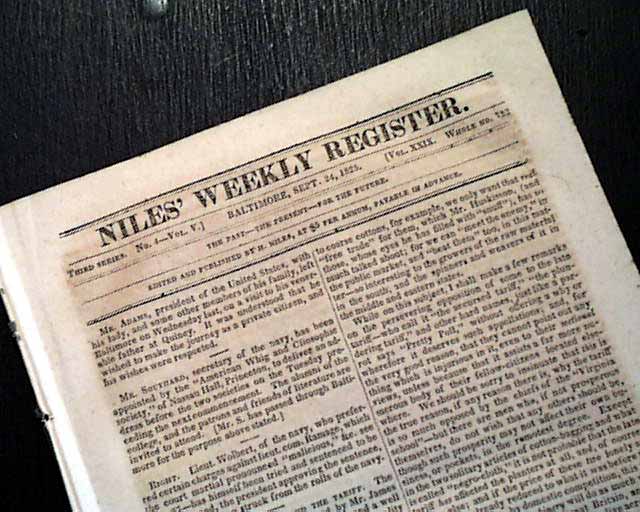 This small size newspaper began in 1811 and was a prime source for national political news of the first half of the19th century. As noted in Wikipedia, this title: "...(was) one of the most widely-circulated magazines in the United States...Devoted primarily to politics...considered an important source for the history of the period."
One of the articles on an inside page reads in its entirety: "The ceremony of laying the corner stone, of what is to be a city of the Jews, on Grand Island, N.Y. took place on the 14th instant, and Mr. Noah, editor of the New York National Advocate, governor and judge of Israel, has issued a proclamation which for the ridiculous, may be compared with that of a certain general to the 'men of New York', during the late war. We have not time to notice it further at present."
This was the project of newspaper publisher Mordecai Manuel Noah, who is credited with being the first Jew born in the United States to reach national prominence.
Complete in 16 pages, 6 by 9 1/2 inches, excellent condition.

The Bowie knife outlawed in Tennessee... 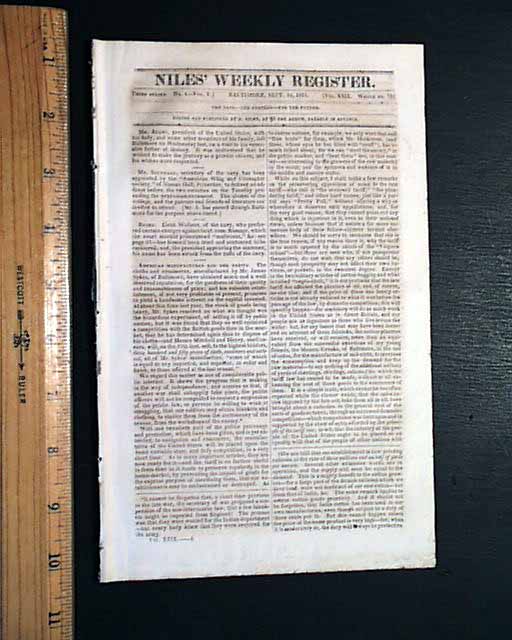 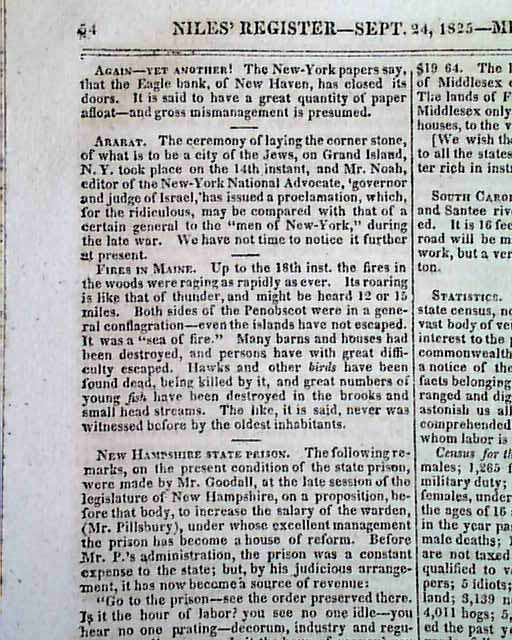