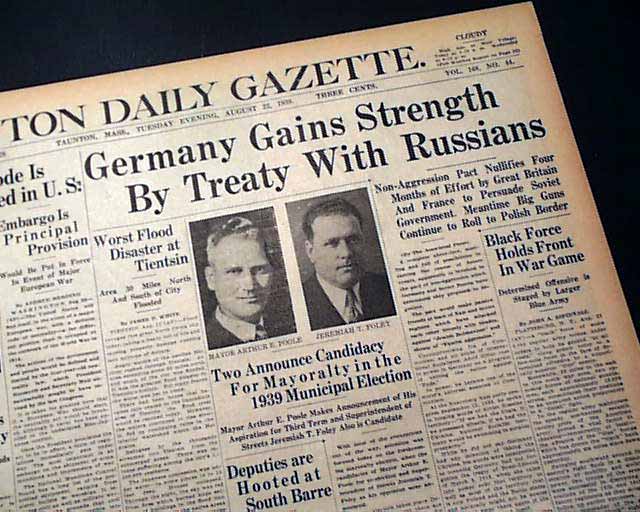 This 12 page newspaper has a five column headline on the front page: "Germany Gains Strength By Treaty With Russians" with subhead. (see)

Other news of day throughout. Minor margin wear, otherwise good.