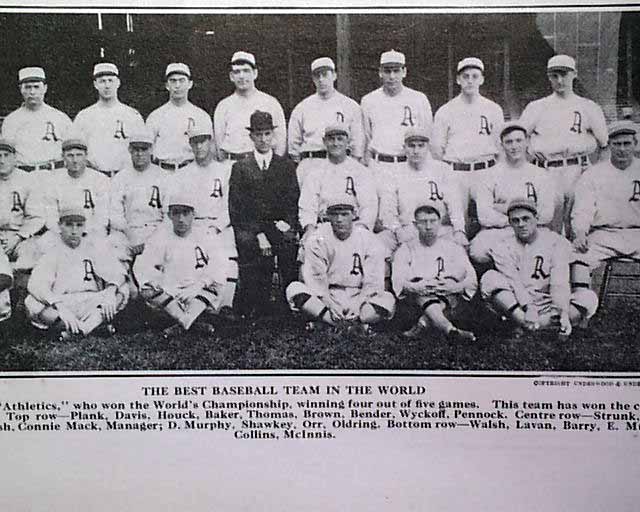 
LESLIE"S ILLUSTRATED, New York, October 23, 1913  In addition to the decorative color cover, this issue features several prints of the Philadelphia Athletics World Championship baseball team.  Many (including baseball historian bill James) regard the 1913 A's as having had the best infield in major league history (first baseman Stuffy McInnis, second baseman Eddie Collins, third baseman Frank Baker, shortstop Jack Barry). Another page has 7 vignettes of destruction in Alaska due to fire and flooding - mentioning tidal waves and volcanic eruptions. Several other interesting prints and illustrated ads are present as well.

The issue is complete in approximately 16 pages, and is in very good condition.  The front page has an archival mend to the front and reverse side, within the blanks space (not on the print) is barely noticeable.  See images for additional details.