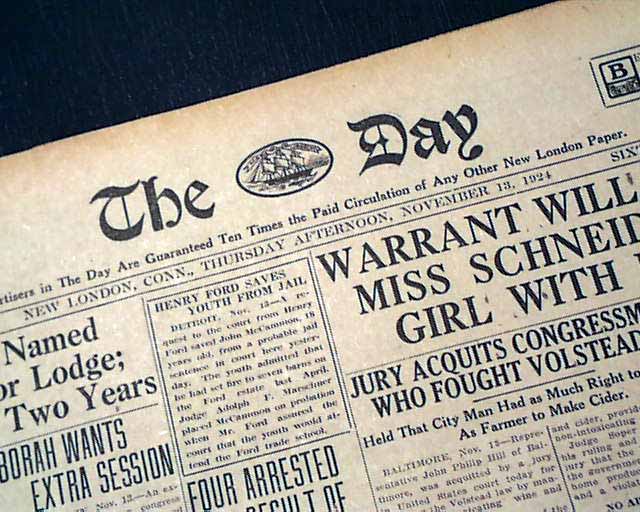 
THE DAY, New London, Connecticut, November 13, 1924 This 16 page newspaper has one column headlines on the front page:

This tells of the recent assassination of Chicago mob boss Dean O'Banion. This is early for Chicago mob news prior to Al Capone becoming a nationally known figure.

Other news of the day. Some tiny binding holes along the spine, lightly browned, otherwise in good condition.