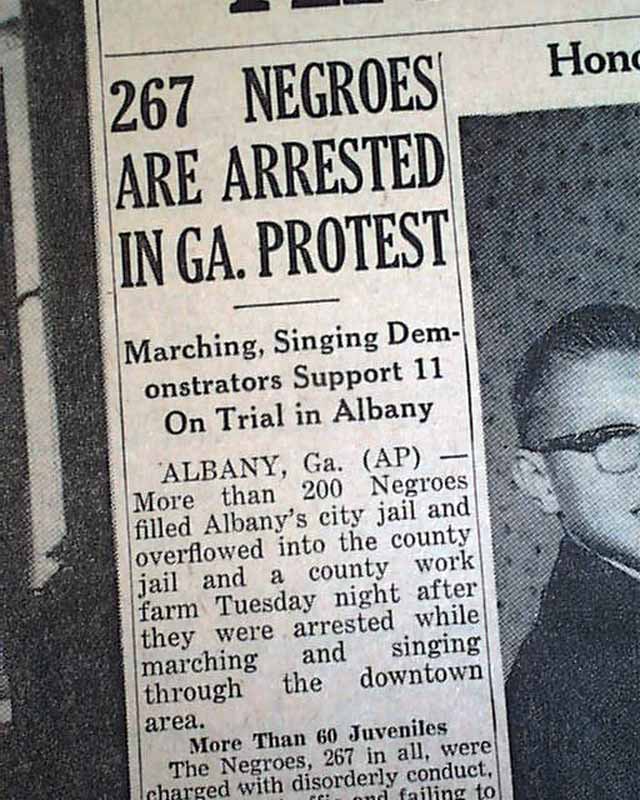 
THE SPRINGFIELD UNION, Springfield, Massachusetts, December 13, 1961  This 46 page newspaper has one column headlines on the front page: "267 NEGROES ARE ARRESTED IN GA. PROTEST" "Marching, Singing Demonstrators Support 11 On Trial in Albany". Tells of the civil rights march in Albany Georgia which involved Martin Luther King Jr that ended up in the arrest of 700.