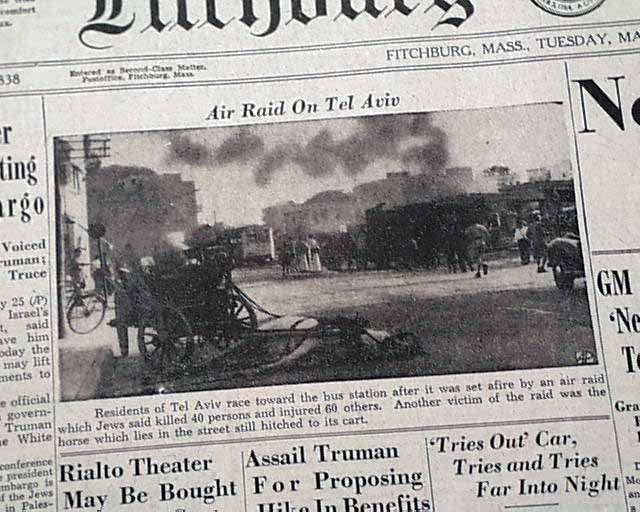 This 14 page newspaper has one column headlines on the front page that include: "Israeli Leader Sees U.S. Lifting Arms Embargo" and more with related photo. (see)