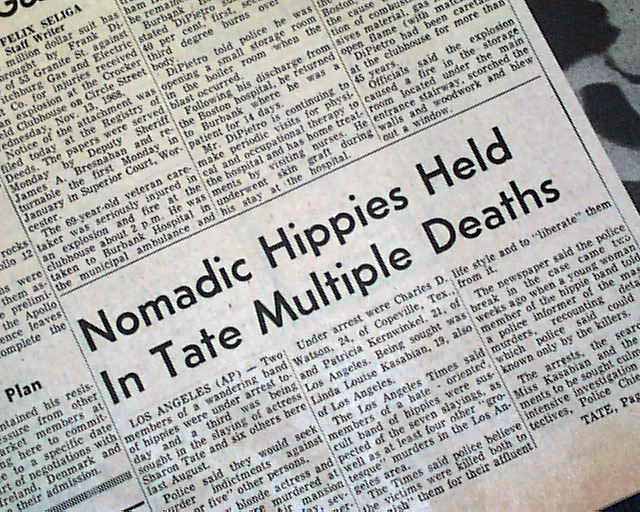 This 18 page newspaper has a three column headline at the bottom of the front page: