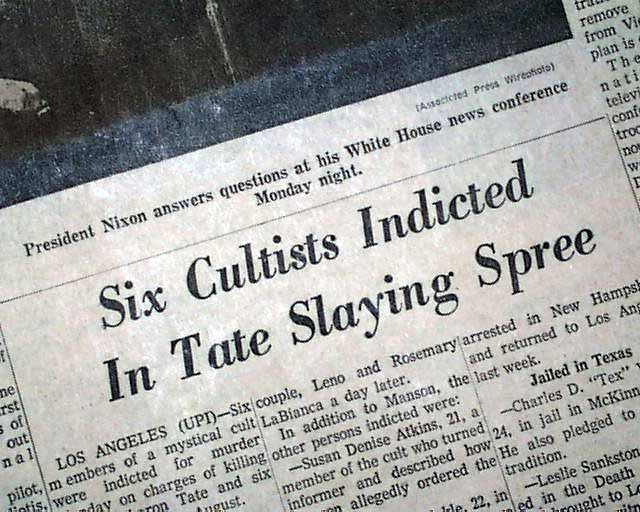 
THE SPRINGFIELD UNION, Springfield, Massachusetts, December 9, 1969  This 42 page newspaper has a three column headline on the front page: "Six Cultists Indicted In Tate Slaying Spree". This tells of 'Manson Family' indictments for murder in the Sharon Tate murders.