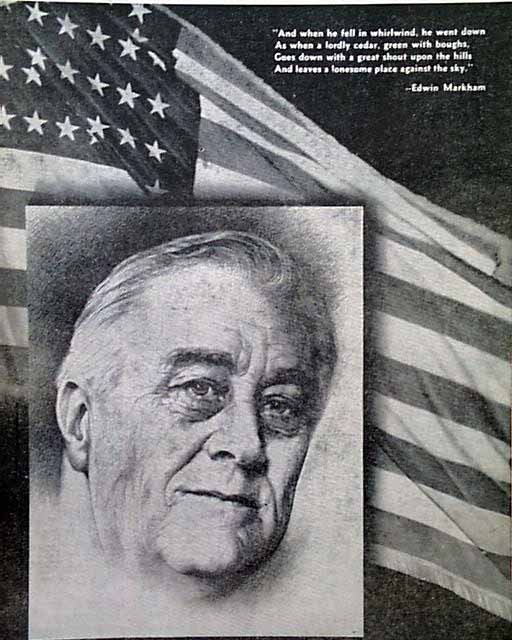 A  focus of this Sunday edition is a memorial to President Franklin Delano Roosevelt, whose death was recently reported in this newspaper. Included is a full page photo tribute of him with the U.S. flag in the background.  But the front page headline and other reports give the latest news on the closing events of the war in Europe.

An inside page photos shows an extremely emaciated U.S. soldier rescued from a German POW camp (see) and is headed: "Believe In Atrocities?"

Other war-related items throughout. Rare in that the color comics section is included as well. Complete in 24 pages, very nice condition.