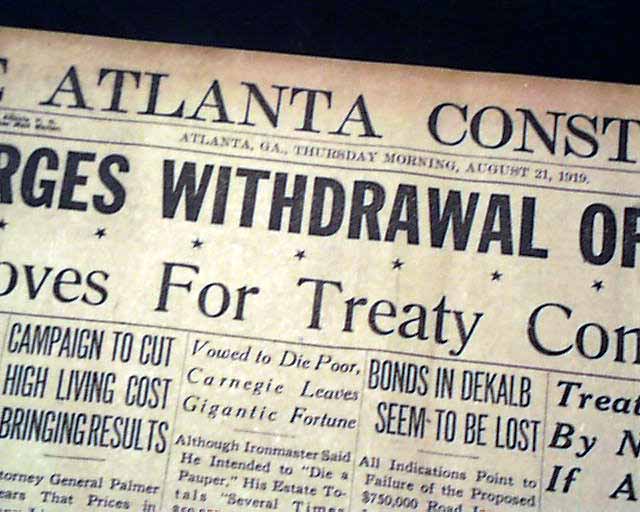 This 20 page newspaper has a six column headline on page 14: "OUIMET DOWNS EVANS--JONES BEATS GARDNER" with subheads and related photos including Jones. (see)

Tells of a young Bobby Jones playing in the United States Amateur championship at Oakmont Country Club near Pittsburgh PA. This would be the first time he was a major factor in the Amateurs as he would end up with the runner-up trophy.

Great and very rare to have in a Atlanta newspaper. (one of a kind ?)

Other news of the day. Light browning with little spine wear, otherwise good. Should be handled with care.