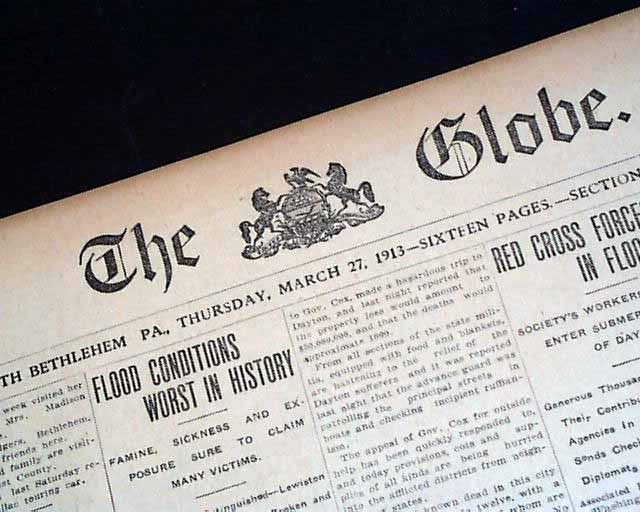 This 16 page newspaper has one column headlines on the front page that include:

* FLOOD CONDITIONS WORST IN HISTORY
* Famine, Sickness And Exposure Sure to Claim Many Victims
* RED CROSS FORCES IN FLOOD ZONE

Other news of the day. Usual browning with minor margin wear. Should handled with care.