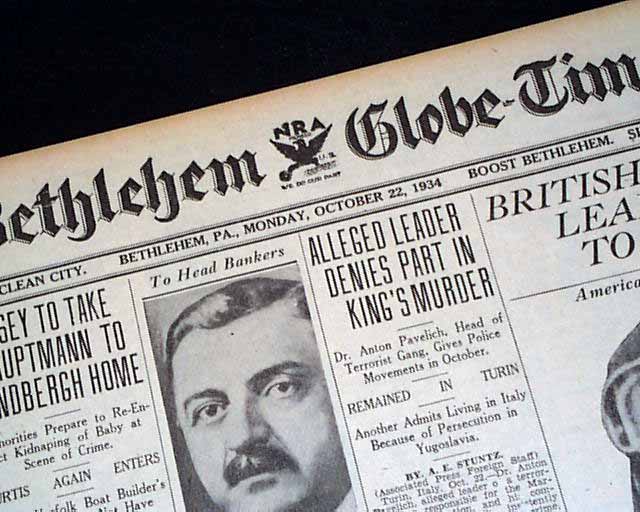 This 18 page newspaper has one column headlines on the front page that include: "POLICE CAPTURE RICHETTI; MAY GET 'PRETTY BOY'", "Notorious and Long Sought Criminal Lose Gun Battle With Wellsville Police", "FLOYD DEAD OR DYING" and more. Other news of the day.