Home > Back to Search Results > Battle of Fort Henry...
Click image to enlarge 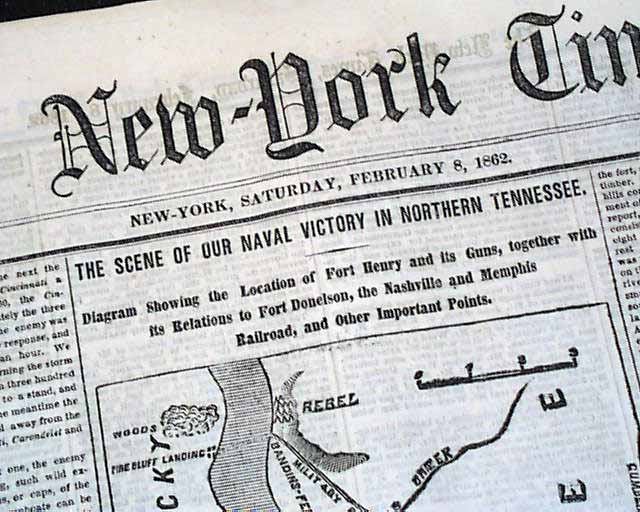 The front page has a map titled:

* The Scene Of Our Naval Victory In Northern Tennessee

Complete in eight pages. This issue is not fragile as newsprint from this era was made of cotton and linen rags, allowing them to remain very pliable and easy to handle. Minor margin wear, otherwise in nice condition.