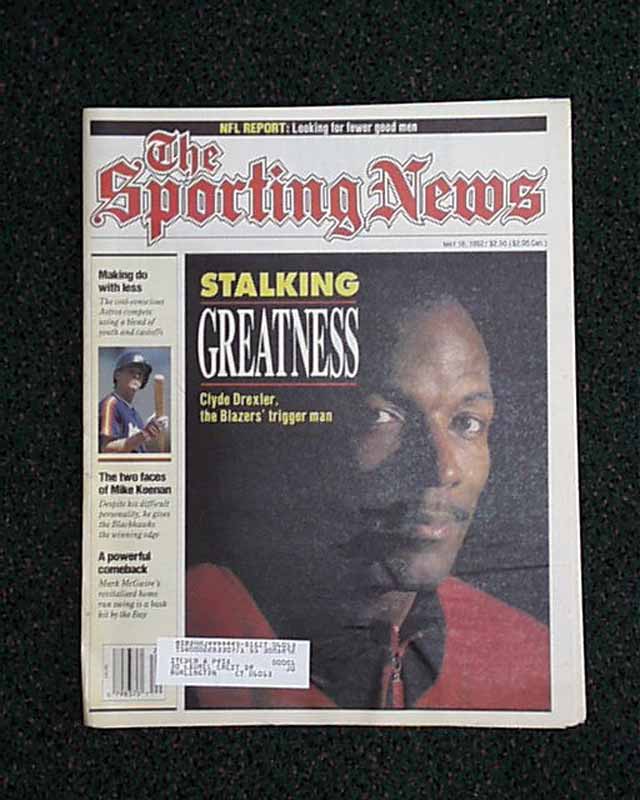 The front page photo of this issue shows Clyde Drexler with heading "Stalking Greatness--Clyde Drexler, the Blazers' trigger man".  Some of the items within this issue include: "Making do with less--The cost-conscious Astros compete using a blend of youth and castoffs", "The two faces of Mike Keenan--Despite his difficult personality, he gives the Blackhawks the winning edge" and more.