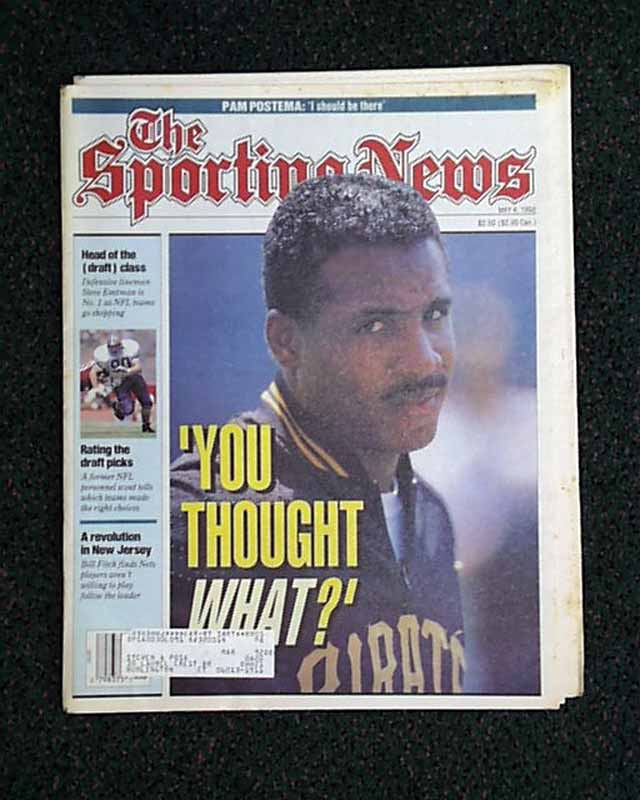 The front page photo of this issue shows Barry Bonds saying "You Thought What?".  Some of the items within this issue include a full page color ad of Michael Jordan drinking Gatorade, "Head of the (draft) class--Defensive lineman Steve Emtman is No. 1 as NFL teams go shopping" and more.