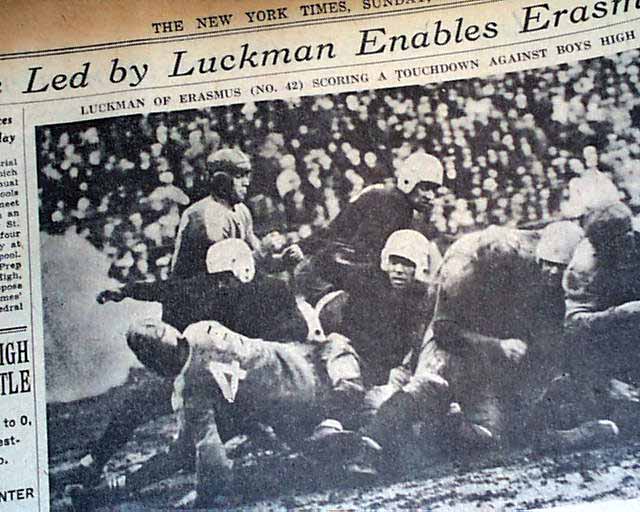 wikipedia notes: Sidney Luckman, known as Sid Luckman, (November 21, 1916 – July 5, 1998) was an American football quarterback for the Chicago Bears from 1939 to 1950. During his 12 seasons with the Bears he led them to four NFL championships. Luckman was the first modern T-formation quarterback[1] and is considered the greatest long range passer of his time.[1][2] He was named the National Football League's Most Valuable Player in 1943, and Pulitzer prize winning sports writer Ira Berkow later wrote that Luckman was "the first great T-formation quarterback".[3] Following his retirement from playing, Luckman continued his association with football by tutoring college coaches, focusing on the passing aspect of the game. He was later inducted into the Pro Football Hall of Fame in 1965,[4] and in 1988 he was declared a joint winner of the Walter Camp Distinguished American Award.