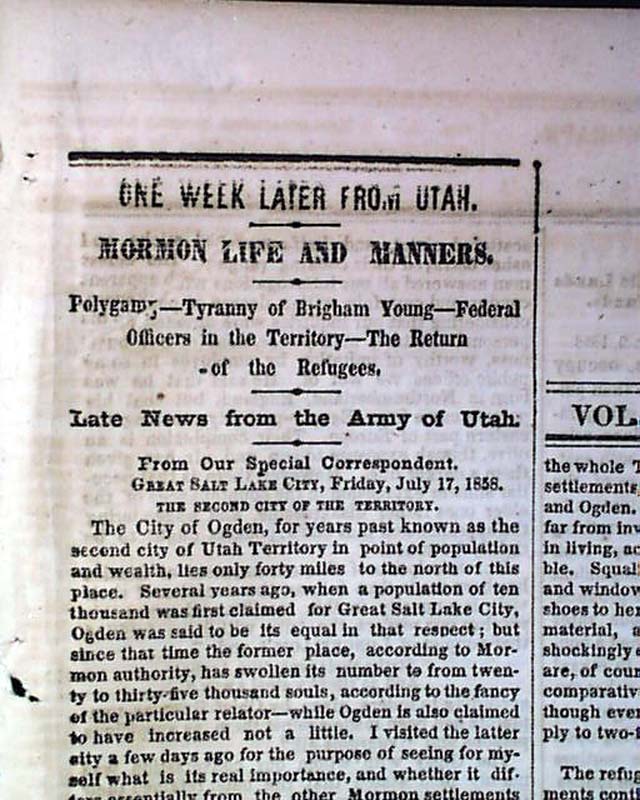 The ftpg. of this issue has headings: "One Week Later From Utah", "Mormon Life And Manners", "Polygamy--Tyranny of Brigham Young--Federal Officers in the Territory--The Return of the Refugees" and "Late News from the Army of Utah".

Other reports include: "Arrival of the Star of the West" and "Mormon Views of the Condition of Affairs" plus much more.