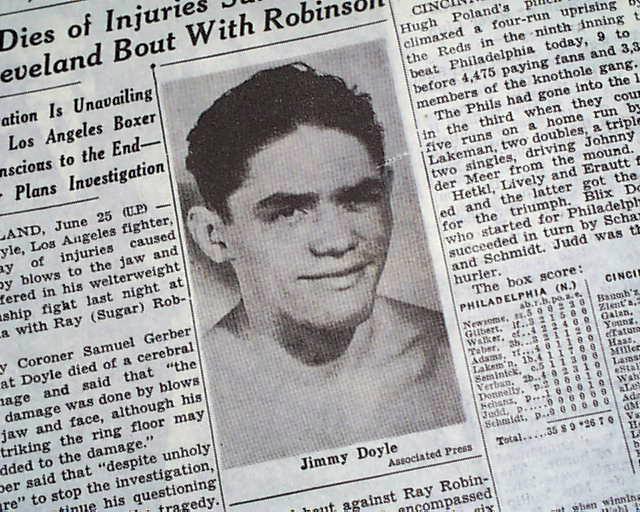 This 48 page newspaper has a two column headline on page 28: "Doyle Dies of Injuries Suffered In Cleveland Bout With Robinson" with subhead: "Brain Operation Is Unavailing and the Los Angeles Boxer Is Unconscious to the End--Coroner Plans Investigation"

with one column photo of Doyle. Nice to have in this famous NYC title.