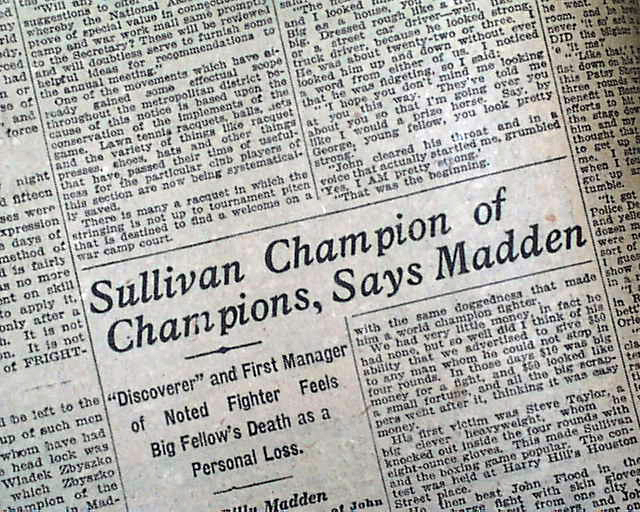 This 16 page newspaper has some headlines on page 10 that include: "Sullivan Champion of Champions, Says Madden", "'Discoverer' and First Manager of Noted Fighter Feels Big Fellow's Death as a Personal Loss", "Roosevelt May By a Pallbearer" and more. (see)

Other news of the day. Usual browning with some margin wear, otherwise good. Must be handled with care.

He was born in Roxbury, Massachusetts (now a part of Boston) to Irish emigrant parents, Michael Sullivan from Abbeydorney, County Kerry and the former Catherine Kelly from Athlone, County Westmeath. Sullivan was nicknamed The Boston Strongboy. As a youth he was arrested several times for participating in bouts where the sport was outlawed, and he went on exhibition tours offering people money to fight him. In 1879, he challenged anyone in America to fight him for $500, Sullivan had had won over 450 fights in his career.

In 1883 - 1884 Sullivan went on a coast-to-coast tour by train with five other boxers. It was scheduled to comprise 195 performances in 136 different cities and towns over 238 days. To help promote the tour, Sullivan announced that he would box anyone at any time during the tour under the Queensberry Rules for $250. He knocked out eleven men during the tour. 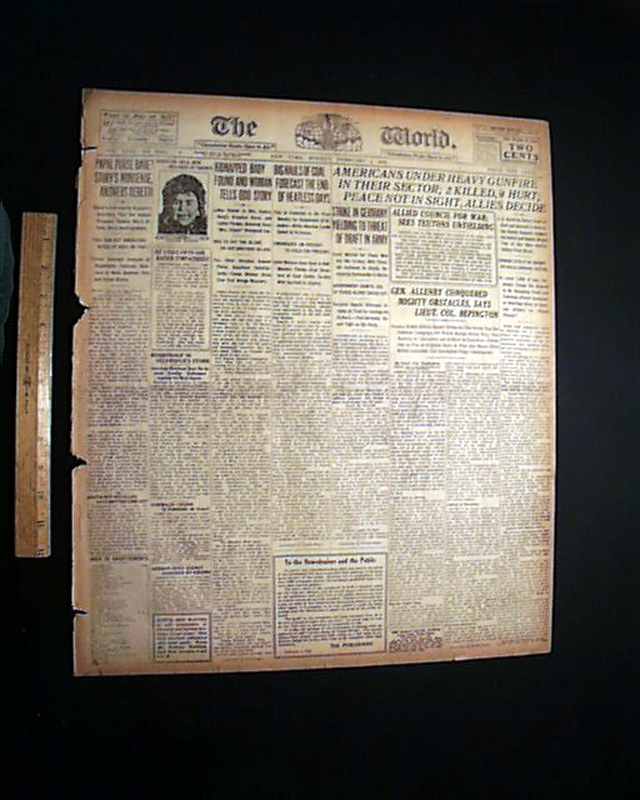 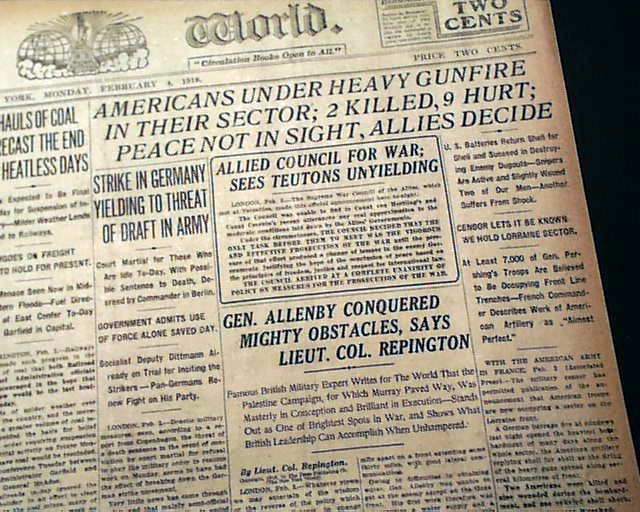 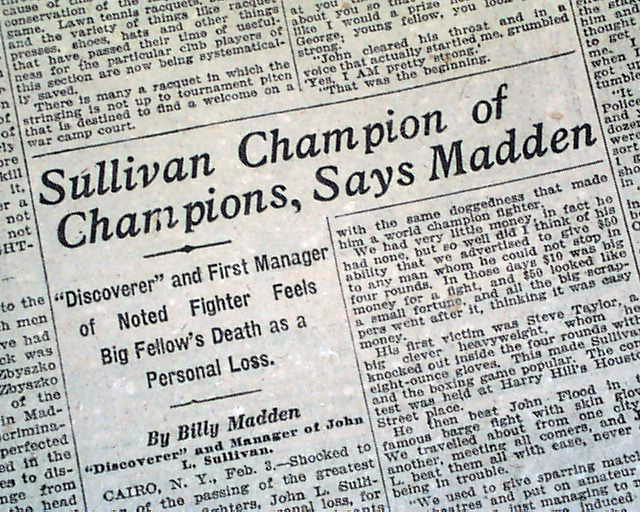 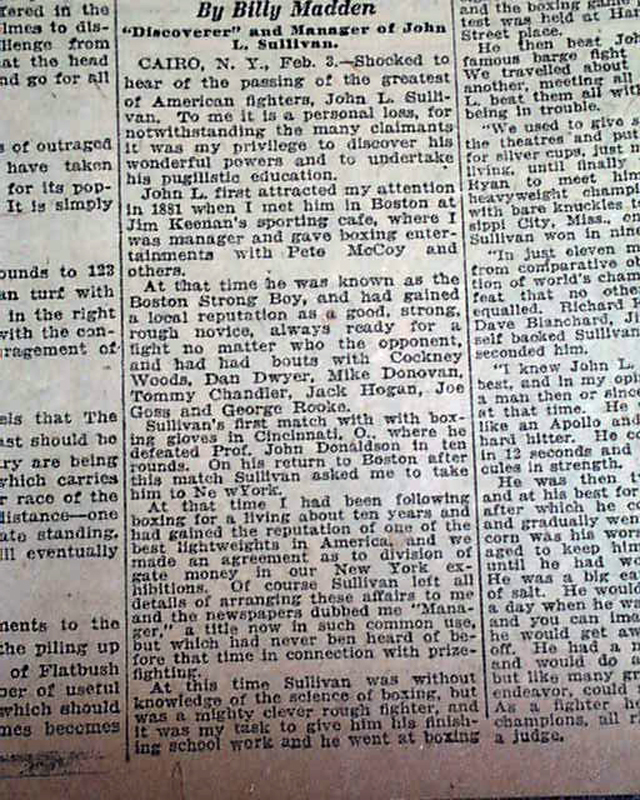 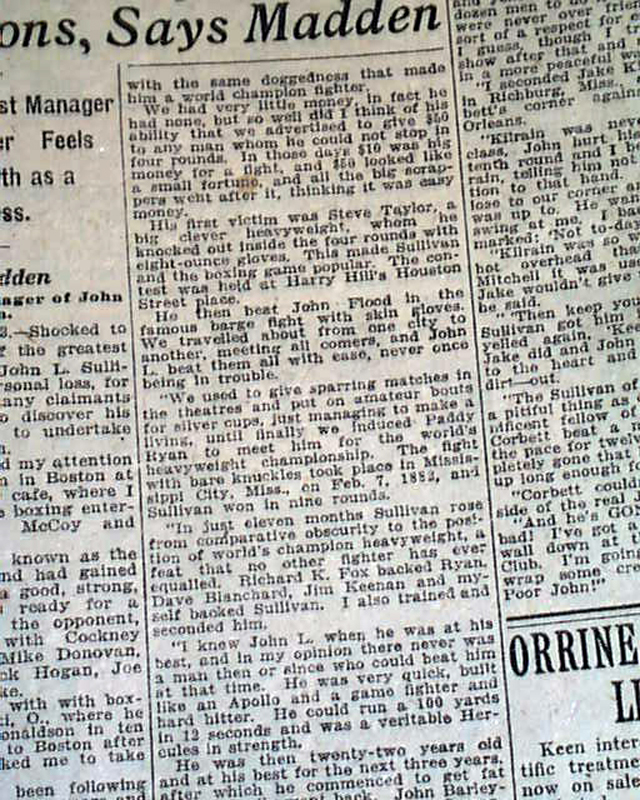 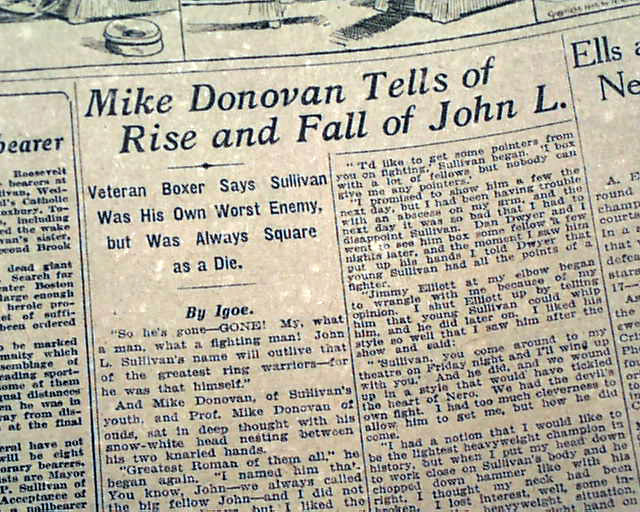 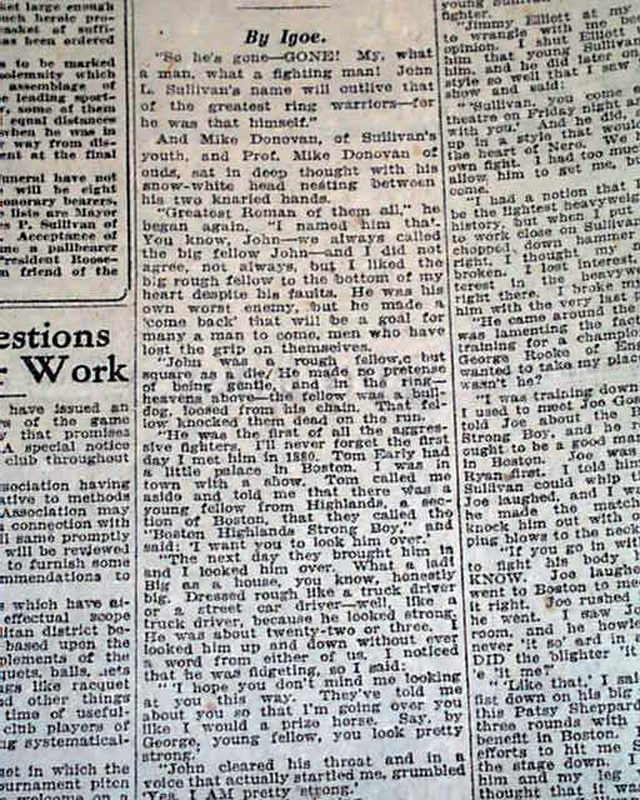 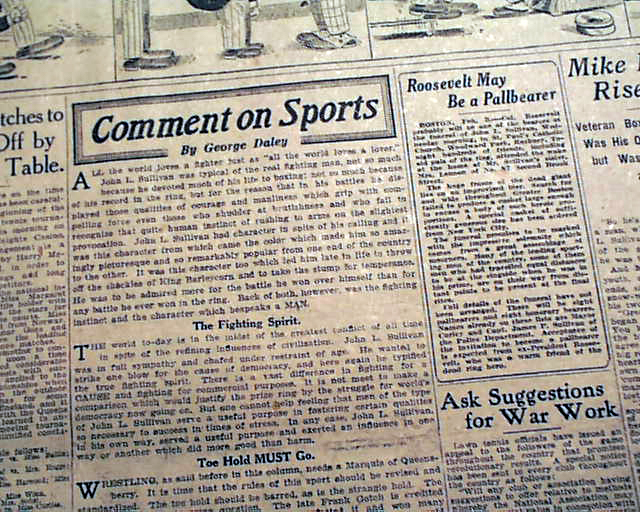