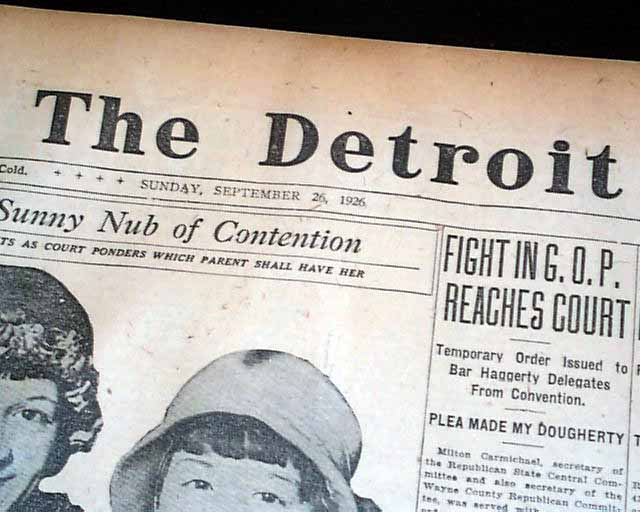 As those who know their "history trivia", it was Henry Ford (and not the unions) who  gave us the five day work week, at a time when previously six days of work was the norm. The front page announces this notable event with a one column article headed: "5-Day Ford Week To Be Permanent" "Policy Has Been In Operation Since Last July" followed by the article (see photos). It concludes with: "...expressed the hope that the new plan will stimulate production to such an extent that...all employees may receive for five days as much...(as) was formerly earned in the full six days."

Various websites note this historic event in business as having happened on September 25, 1926, the day before this newspaper was published. And terrific to have this report in a Detroit newspaper!