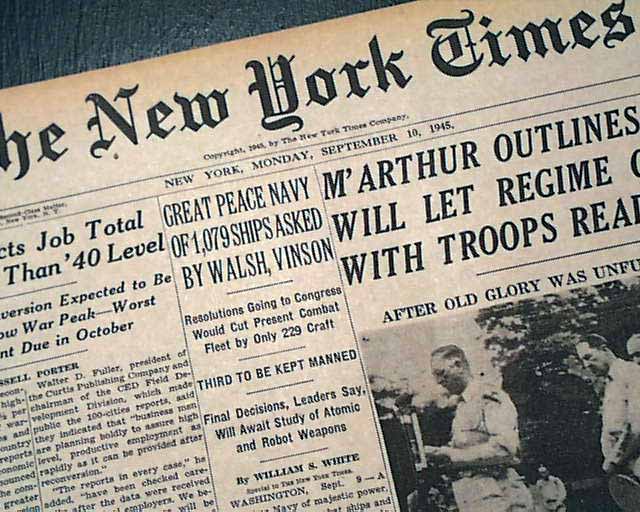 This 32 page newspaper has one column headlines on page 13:

This was Jimmie Foxx's last MLB career home run as he would retire at the end of the season.

Also a one column headline on page 12: "FOWLER, ATHLETICS, WINS NO-HITTER, 1-0". Tells of the no-hitter pitched by Dick Fowler. Photo of Bob Feller too. (see) Nice to have in this famous NYC title.

Other news of the day throughout with much on post World War II cleanup in Japan.