Home > Back to Search Results > Hurricane Carla in 1961...
Click image to enlarge 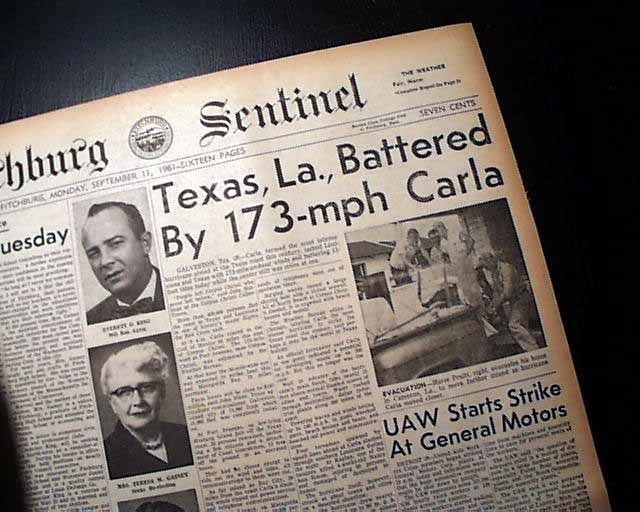 This 16 page newspaper has a four column headline on the front page: "Texas, La., Battered By 173-mph Carla" with related photo.

wikipedia notes: Hurricane Carla was one of two Category 5 tropical cyclones during the 1961 Atlantic hurricane season. It struck the Texas coast as a Category 4 hurricane, becoming one of the most powerful storms to ever strike the United States. Except for the Great Galveston Hurricane of 1900, Hurricane Carla was the strongest storm to ever strike the Texas coast. The storm caused over $2 billion (2005 US dollars) in damages, but due to the evacuation of over 500,000 residents the death toll was only 43.