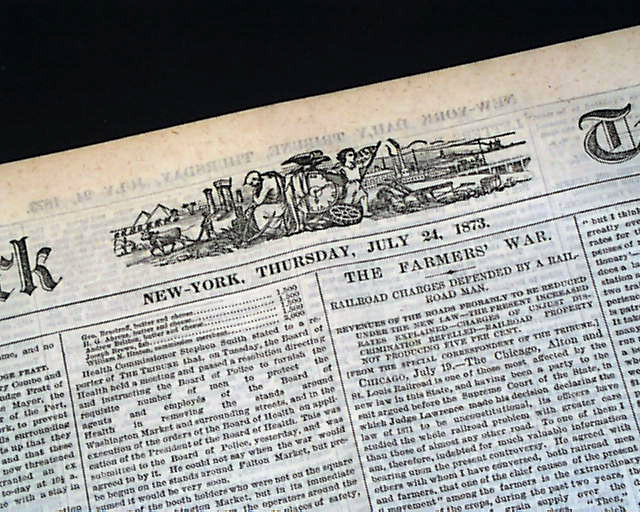 On the front page under "The Iowa Train Robbery" is a report beginning:

* Gov. Carpenter offers $500 reward, each, for the capture of the robbers of the Rock Island Railroad train...It is now ascertained that there were ten robbers. Yesterday six of them were seen near Creston...riding rapidly...appear to be trying to get to Mercer County, Mo., the abiding place of rascals of all grades. They are regular guerrillas...

Although not named in the report, this was the first train robbery executed by the James Gang. Nice to have this account on the front page.