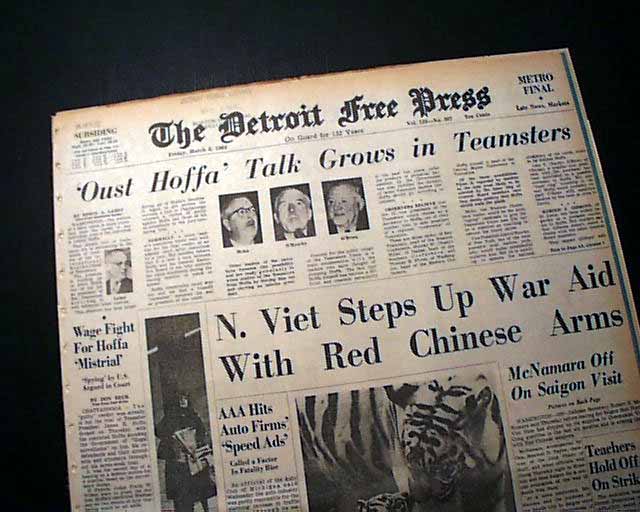 This 40+ page newspaper has a nice banner headline on the front page: "'Oust Hoffa' Talk Grows in Teamsters" with subheads. (see)

Small binding holes along the spine, otherwise in good condition.

Hoffa served as the General President of the International Brotherhood of Teamsters from 1958–1971 despite being incarcerated during the latter four years of his tenure. Hoffa, who had been convicted of jury tampering and attempted bribery in 1964, was imprisoned in 1967 after exhausting the appeal process. However he did not officially resign the Teamsters' presidency until 1971. This was part of a pardon agreement with U.S. president Richard Nixon, in order to facilitate Hoffa's release from prison. In 1975, Hoffa mysteriously disappeared somewhere near a restaurant in Bloomfield Township, Michigan and is presumed dead.

His son James P. Hoffa is the current president of the Teamsters.