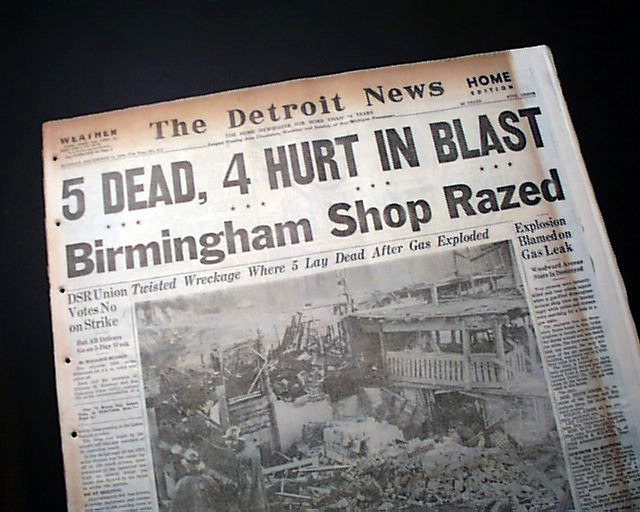 This 42 page newspaper has within reporting on the recent football games from the day before, news of  Chicago Bears quarterback Johnny Lujack passing for six touchdowns with 468 yards passing (new NFL record at the time).

Other news of the day throughout. Rag edition with some small binding holes along the spine, otherwise in good condition.