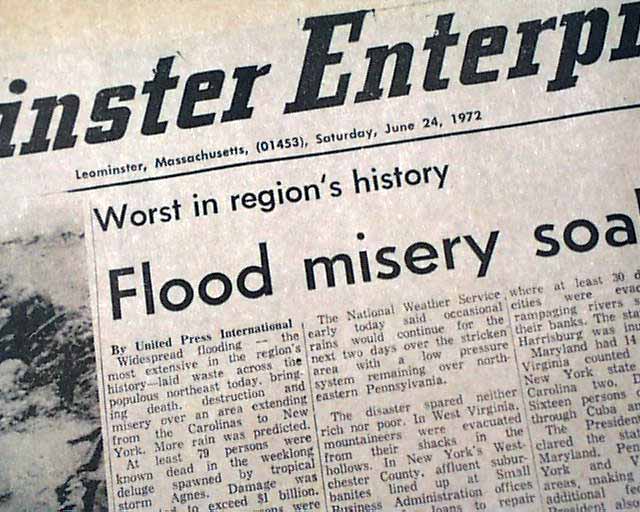 This 8 page newspaper has a five column headline on the front page: "Flood misery soaks northeast" with caption: "Worst in region's history"

Tells of the remnants of Hurricane Agnes causing havoc in the Northeast portion of United States.

There is other news of the day including various period advertising. This issue has some small binding holes along the spine, but is otherwise in good condition.

wikipedia notes: Hurricane Agnes was the first tropical storm and first hurricane of the 1972 Atlantic hurricane season. A rare June hurricane, it made landfall on the Florida Panhandle before moving northeastward and ravaging the Mid-Atlantic region as a tropical storm. The worst damage occurred along a swath from central Maryland through central Pennsylvania to the southern Finger Lakes region of New York, as illustrated by the rainfall map below. Agnes brought heavy rainfall along its path, killing 129 and causing $11.6 billion (2005 US dollars) in damage, with railroad damage so extensive it contributed to the creation of Conrail. At the time, it was the most damaging hurricane ever recorded, surpassing Hurricane Betsy, and it would not be surpassed until Hurricane Frederic in 1979. Agnes was also the only Category 1 hurricane to be retired at the time, and one of 5 today (other Category 1s were Cesar, Klaus, Noel, and Stan). 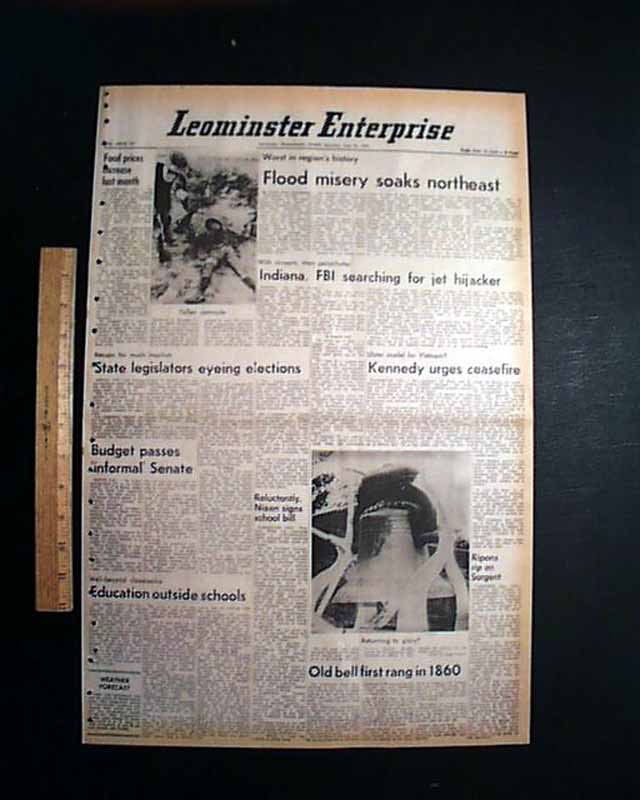 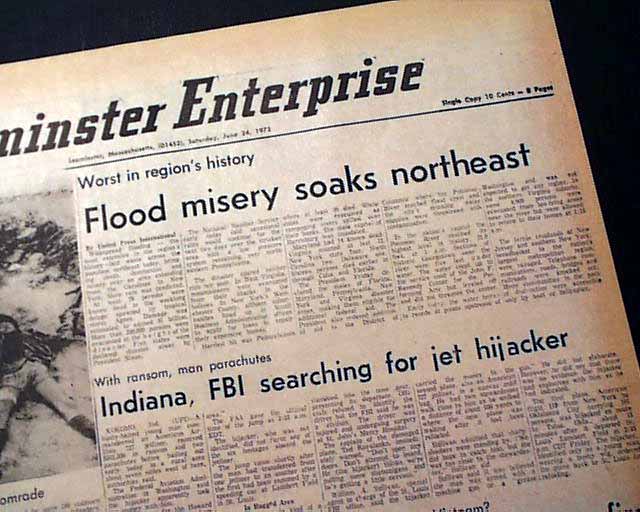 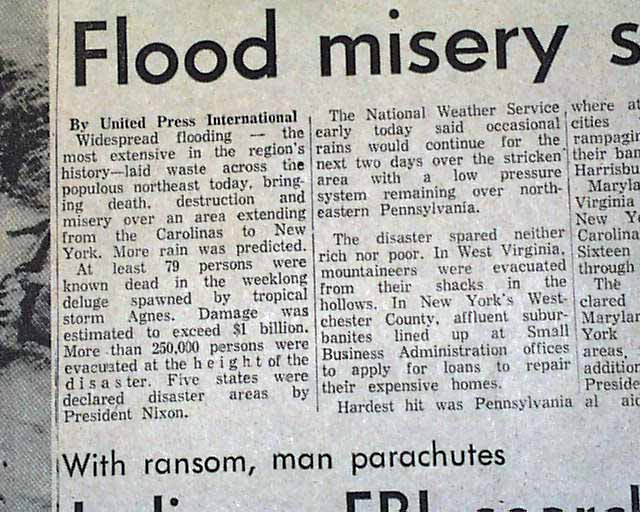 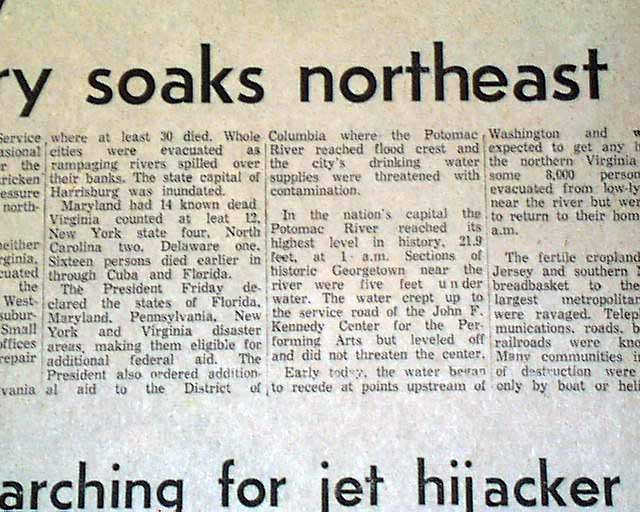