Home > Back to Search Results > Smoking not permitted...
Click image to enlarge 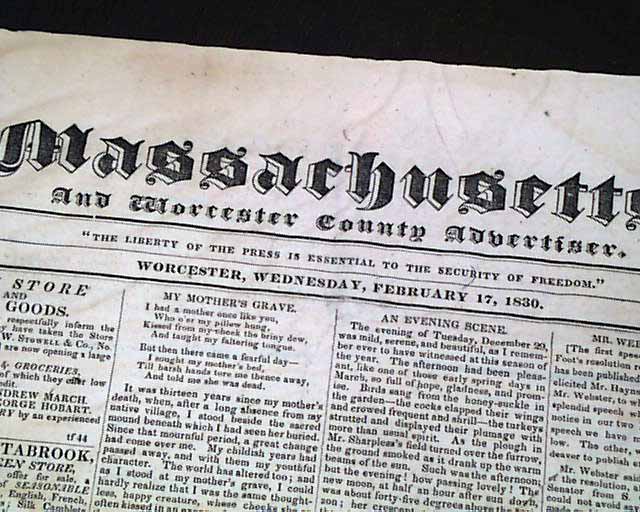 * No smoking law in the early 19th century?

Page 3 has a report about the Pennsylvania Legislature: "A standing rule was adopted in the House of Representatives at Harrisburg...forbidding smoking, either in the hall or the adjoining rooms. The vote stood, ayes 61, noes 33. A motion was made to include snuffing and chewing which failed".

Other news of the day with many ads. Large areas of lite damp stainin, otherwise in good condition. 4 pages.