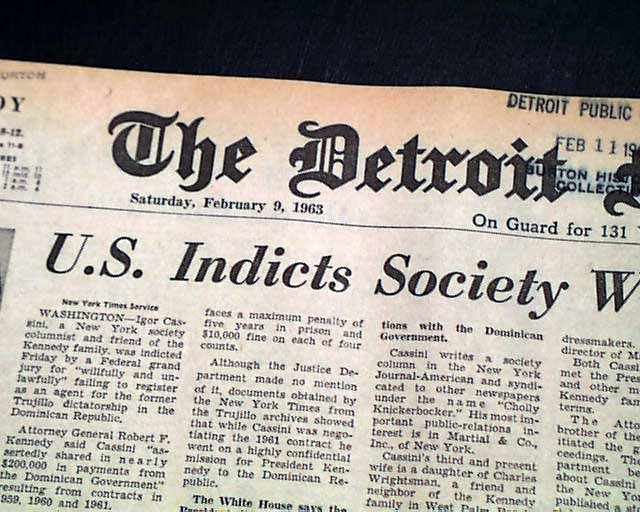 This 22 page newspaper has a two column headline on page B-3:

wiikipedia notes: The Kansas City Chiefs are a professional American football team based in Kansas City, Missouri. The Chiefs are a member of the Western Division of the American Football Conference (AFC) in the National Football League (NFL). Originally named the Dallas Texans, the club was founded by Lamar Hunt in 1960 as a charter member of the American Football League (AFL). In 1963, the team moved to Kansas City, Missouri and were renamed the Kansas City Chiefs.