Home > Back to Search Results > Arabs declare war against Jews in Palestine...
Click image to enlarge 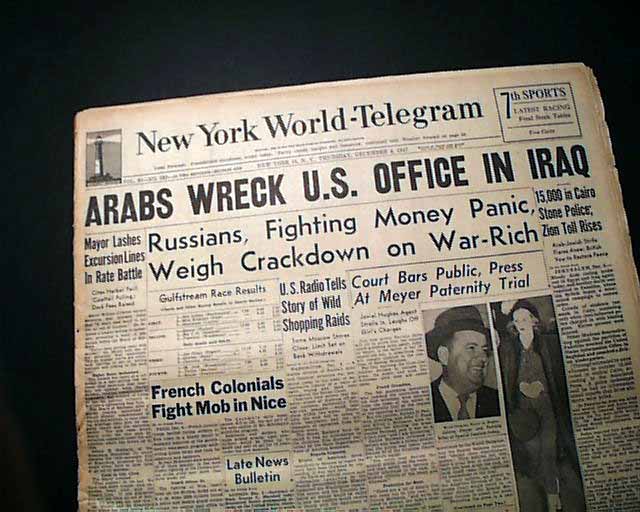 This 60 page newspaper has a nice banner headline on the front page: "ARABS WRECK U.S. OFFICE IN IRAQ" with subheads. Nice for display.

Other news of the day. Some margin wear and chipping, otherwise good.

This period constitutes the first phase of the 1948 Palestine war, during which the Jewish and Arab communities of Palestine clashed, while the British, who supposedly had the obligation to maintain order, organized their withdrawal and intervened only on an occasional basis.