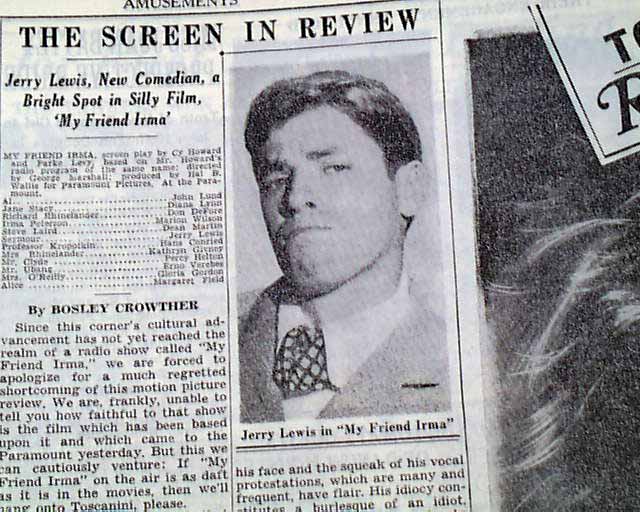 This 60 page newspaper under "The Screen In Review" on page 39 is a movie review: "Jerry Lewis, New Comedian, a Bright Spot in Silly Film, 'My Friend Irma'".

The review, which describes the movie as "a very dopey film", devotes much of its space praising the Lewis' performance, mentioning, in part: "...This freakishly built and acting young man, who has been seen in night clubs hereabouts with a collar-ad partner, Dean Martin, has a genuine comic quality..."

Includes a one col. photo of "Jerry Lewis in 'My Friend Irma'."