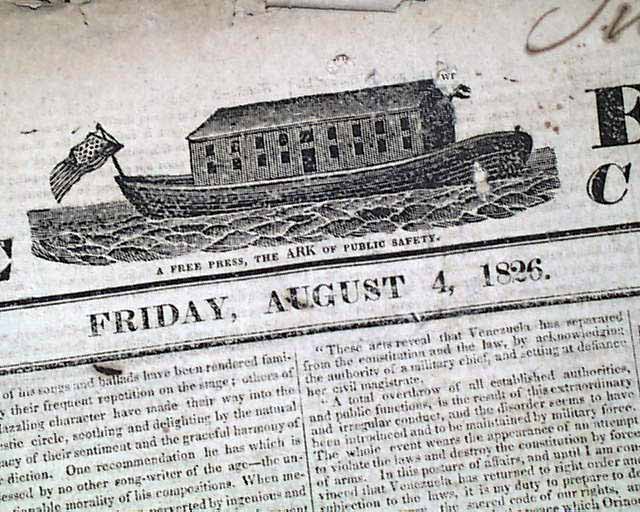 By a noted Jewish publisher...

This newspaper by Noah lasted for only 3 years, this issue being the volume 1, number 8 issue. Complete in 4 pages, various news and ads of the day, never bound nor trimmed, some ink dash marks throughout do not disfigure, generally nice.