Home > Back to Search Results > USS Indianola blown up...
Click image to enlarge 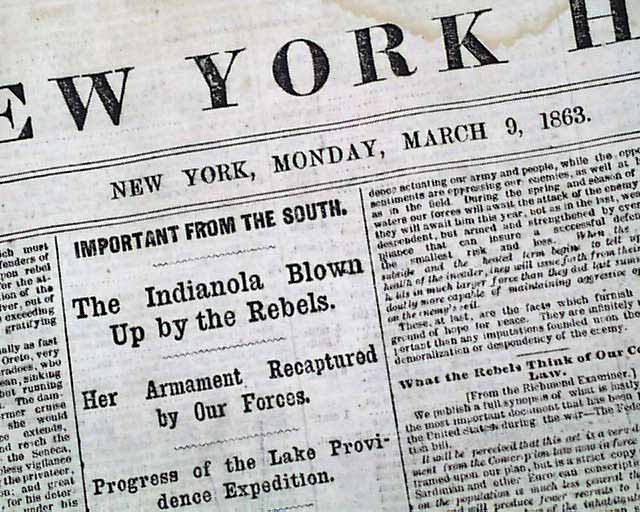 This Genuine newspaper has a Wealth of Civil War reporting from during Abraham Lincoln's administration. Among the one column headlines on the Civil War are: "Important From The South", "The Indianola Blown Up by the Rebels", "Progress of the Lake Providence Expedition", "Van Dorn's Victory Near Franklin", "Important From Port Royal", "Heavy Firing Heard in the Direction of Savannah", and more.