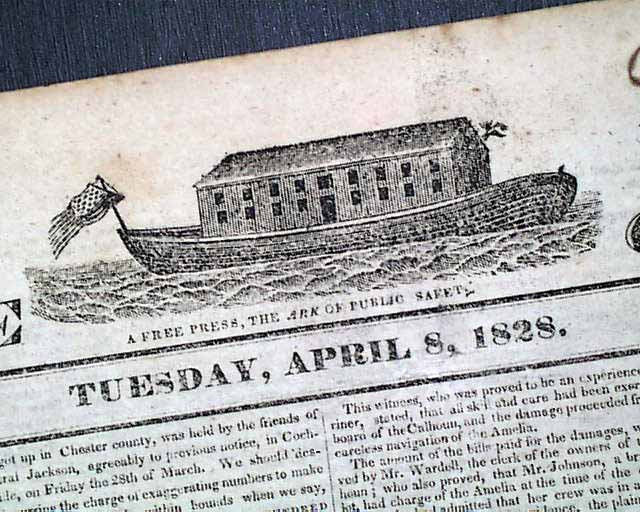 This newspaper by Noah lasted for only 3 years. Complete in 4 pages, various news and ads of the day, little rubbing at the fold with some small foxing spots, stray period writing in masthead, otherwise in very nice condition..