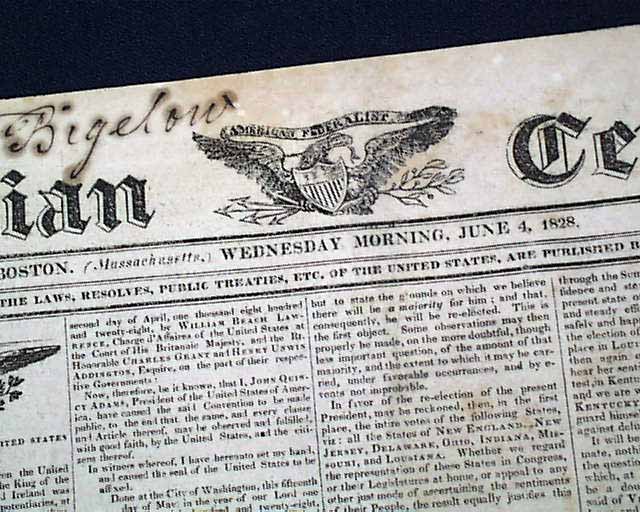 On the front page under an engraving of an eagle is: A Proclamation announcing that a treaty between Great Britain and the United States concerning certain boundaries was signed. Contains the text and the eight articles of the treaty, signed in type: John Quincy Adams.
Other news of the day with several advertisements. Has stray writing above the masthead, some lite foxing spots, otherwise in nice condition. 4 pages.