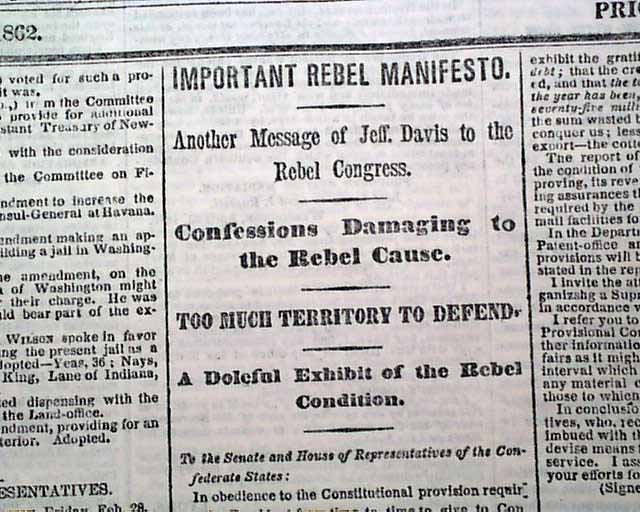 
This 8 page newspaper is in nice condition (except for a few small printing flaws) due to the use of cotton and rag paper during this very historic time in U.S. history. This issue is loaded with advertisements and Civil War reports throughout from the day it was first reported which includes the following headlines:
* Important Rebel Manifesto
* Another Message of Jeff. Davis to the Rebel Congress
* Confessions Damaging to the Rebel Cause
* Too Much Territory To Defend
* OUR ARMY IN NASHVILLE
* How the Rebels Evacuated the Place
* The Evacuation Of Columbus
* and more.