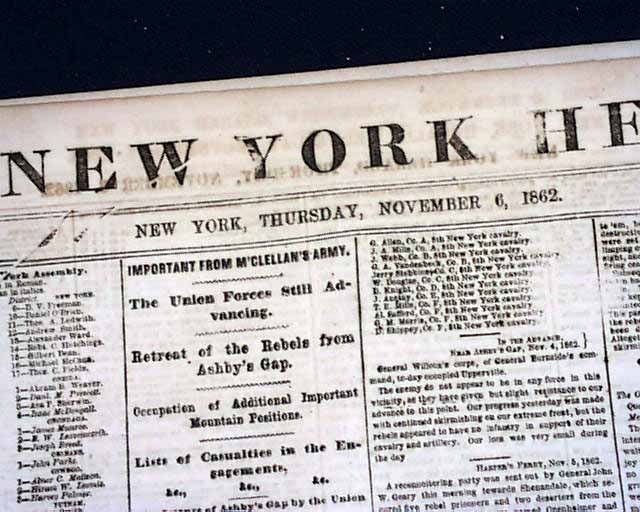 This 8 page newspaper is in nice condition (except for some minor margin tears) due to the use of cotton and rag paper during this very historic time in U.S. history. This issue is loaded with advertisements and Civil War reports throughout from the day it was first reported which includes the following headlines: "INTERESTING FROM ARKANSAS" "Movements of the Army of the Frontier" "Advance Upon and Capture of Fayetteville" "Destruction of a Rebel Camp and Rout of the Enemy" "The Battle of Pocotaligo" "Retreat of the Rebels from Ashby's Gap" "Interesting From Sigel's Army" and much more. SEE PHOTOS. A nice piece of history from this famous newspaper.