Home > Back to Search Results > Preparing for the battle of Bull Run...
Click image to enlarge 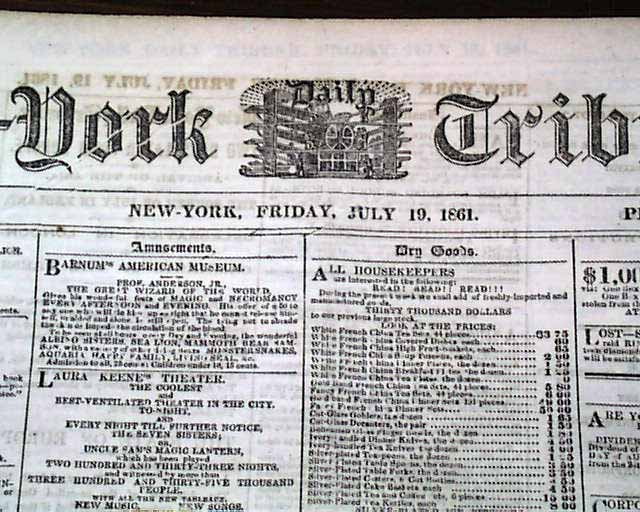 Preparing for the battle of Bull Run...


NEW YORK TRIBUNE, July 19, 1861 Pages 4 & 5 have much on the Civil War including some accounts of the military events just prior to the first major contest of the war--the Battle of Bull Run. Heads include: "The Forward Movement" "General Order Against Pillaging" "The Troops Too Anxious to Inflict Injury" "Another Battle" "Occupation of Centreville" "The Rebels Still on the Run" "The First Day's Operations" and more, plus other heads including: "Another Battle in Missouri" "Defeat of the Rebels" " & more (see photos). Complete in 8 pgs., very nice condition.