Home > Back to Search Results > Battle of Perryville...
Click image to enlarge 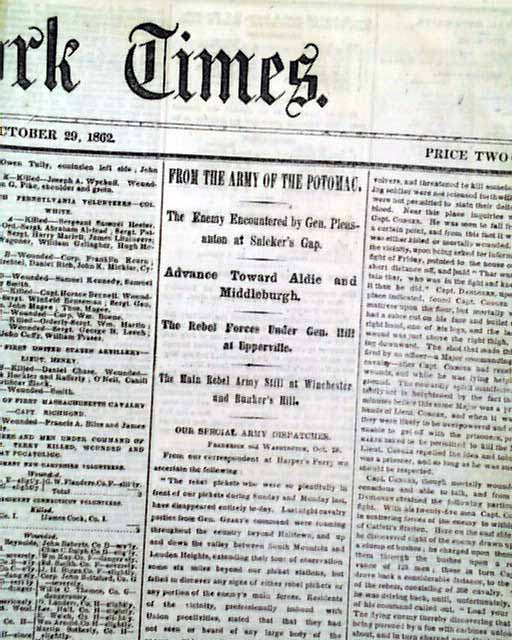 
THE NEW YORK TIMES from New York, NY and dated October 29, 1862. This vintage 8 page newspaper is in nice condition due to the use of cotton and rag paper during this very historic time in U.S. history. This issue is loaded with advertisements and Civil War reports throughout from the day it was first reported which include the following headlines: "From the Rebel States - The Battle of Perryville" "The Attack Upon the Charlestown and Savannah Railroad" "The Enemy Encountered by Gen. Pleasanton at Snicker's Gap"   and much more. This issues has printing creases.