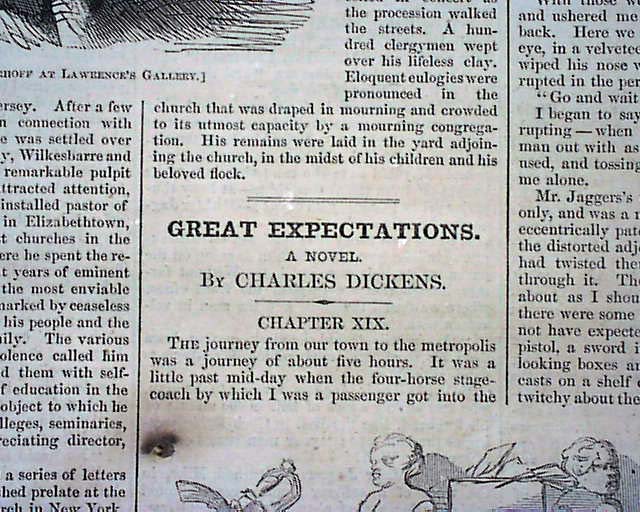 
HARPER'S WEEKLY, February 16, 1861 through March 23, 1861. This is a six-issue set (part 3) of Harper's Weekly containing the Charles Dickens "Great Expectations" in serialization format. The set provides more than a 10% discount over purchasing the issues individually.

HARPER'S WEEKLY, Mar. 16, 1861 Full ftpg. shows: 'The Inaugural Procession at Washington Passing the Gate of the Capitol Grounds' shows Lincoln & Buchanan in the carriage. Nearly halfpg. shows: 'Pres. Buchanan & Lincoln Entering the Senate Chamber Before the Inauguration', plus a very nice dblpgctrfld. by Winslow Homer: 'The Inauguration of Abraham Lincoln as President at the Capitol'. Fullpg. shows 3 scenes of Forts Wachita, Arbucke & Davis, all in Texas.