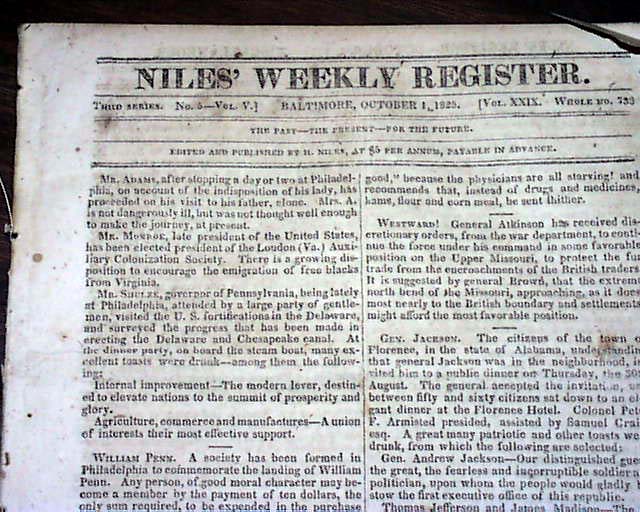 
NILES' WEEKLY REGISTER, Baltimore, Oct. 1, 1825 Page 5 has a nice half page article: ""Ararat" which is about the plans for the famous Mordecai Manuel Noah, the first American-born Jew to attain national prominence (see hyperlink) to create a new homeland for the Jews on Grand Island in the Niagara River (see).
Also within: "The slave trade is prosperous, with all its horrors...that three vessels, under American colors, are on the coast...had 132 human victims on board! But justice overtook the villains--the slaves rose & executed all the crew except the captain...This trade is piracy & punishable with death..." and more.
Sixteen pages, 6 1/4 by 9 1/2 inches, good condition.