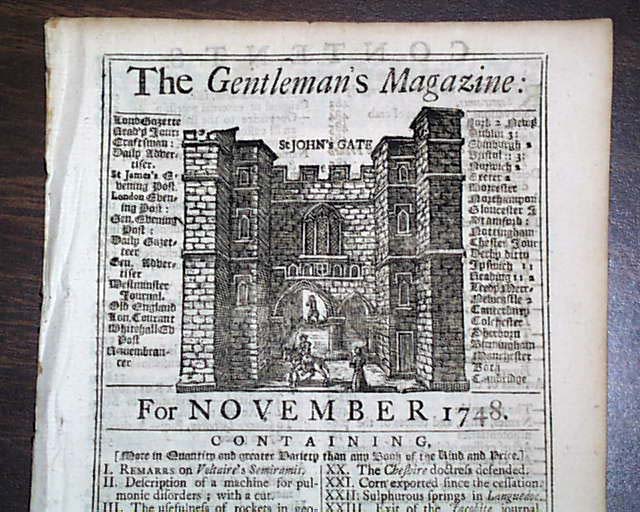 Item # 205598 THE GENTLEMAN'S MAGAZINE, London, November,1748  The most significant content in this issue would be the "General & Definitive Treaty of Peace", more commonly known as the Treaty of Aix la Chapelle which ended the War of the Austrian Succession. This treaty takes five pages.
Other items in this issue are: "A Pulmonic Machine" with a print of it, appearing to be much like a humidifier (see); "A Palsy Cured by Electrifing" "Account of the Saxon Deities" which includes a foldout print of: "The Principal Idols of the Saxons Worship'd in Britain" (see) and more.
Near the back is the "Historical Chronicle" with the latest news reports and which includes reports from Philadelphia & Boston under the heading "America" (see).
One of the two plates called for is missing.
Complete in 48 pages, 5 by 8 inches, full title/contents page with an engraving of St. John's Gate, very nice condition. 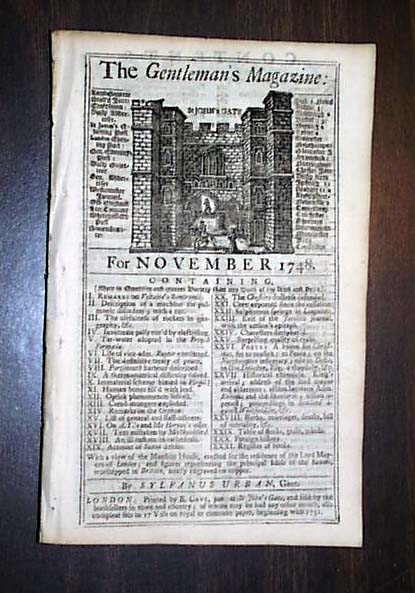 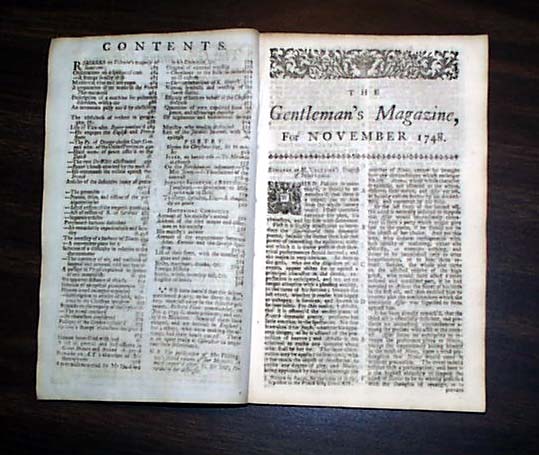 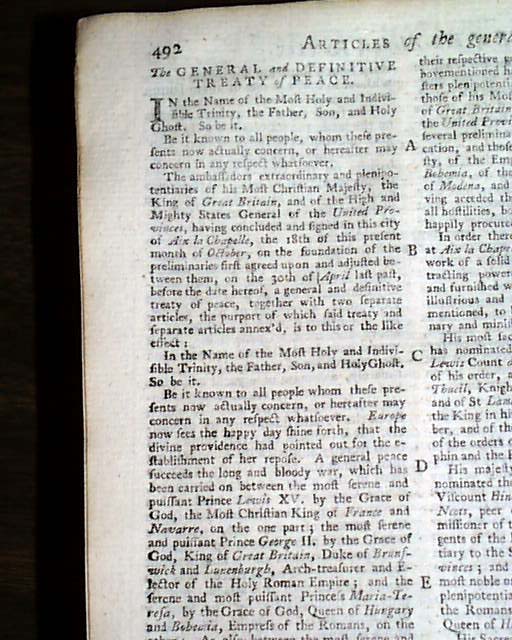 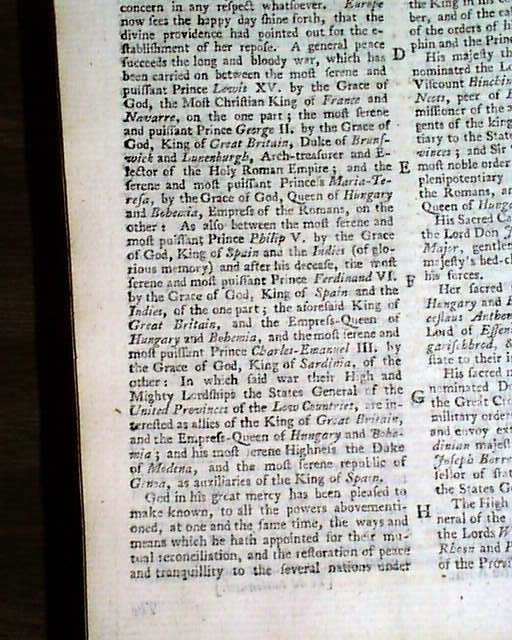 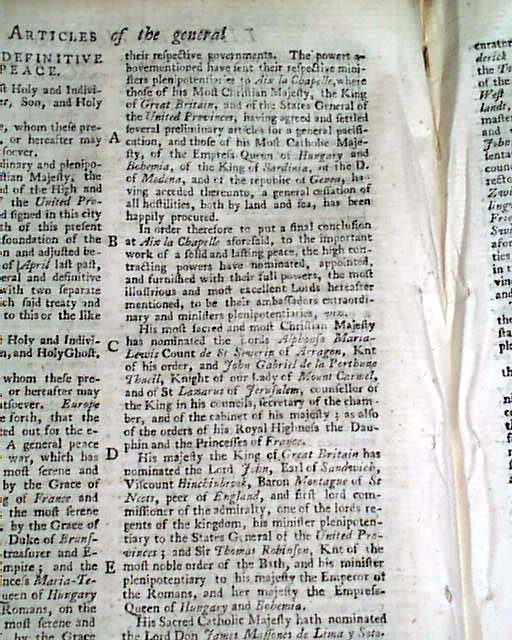 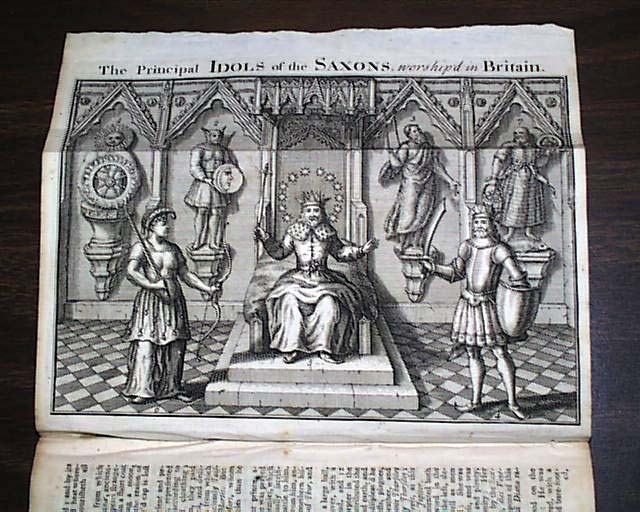