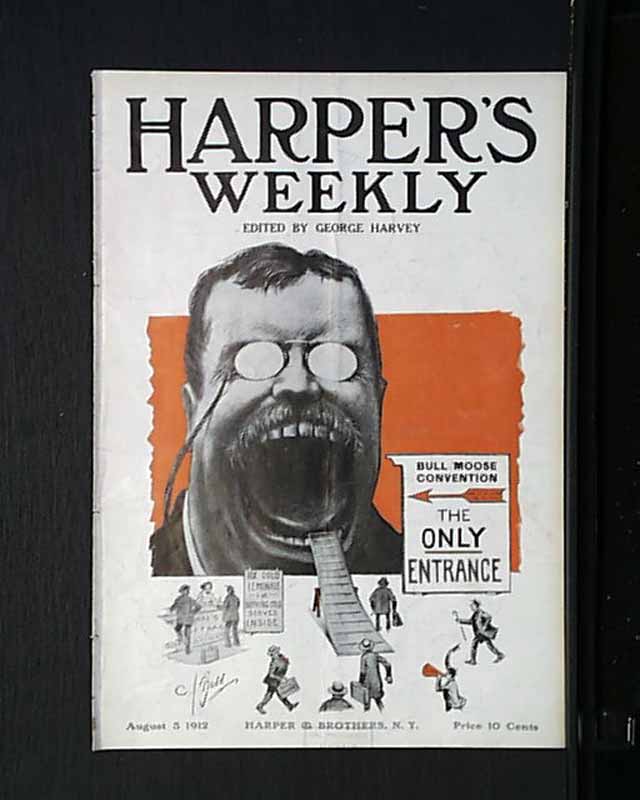 This issue has a color cover: "BULL MOOSE CONVENTION - THE ONLY ENTRANCE", which shows a political cartoon of Teddy Roosevelt.

The front page of this issue has: "Japan's New Ruler."

In this issue there is an article called "Progress of the Campaign." The double page illustration is called "When the Sunday-Morning Service was Missed" by William L. Jacobs and much more.