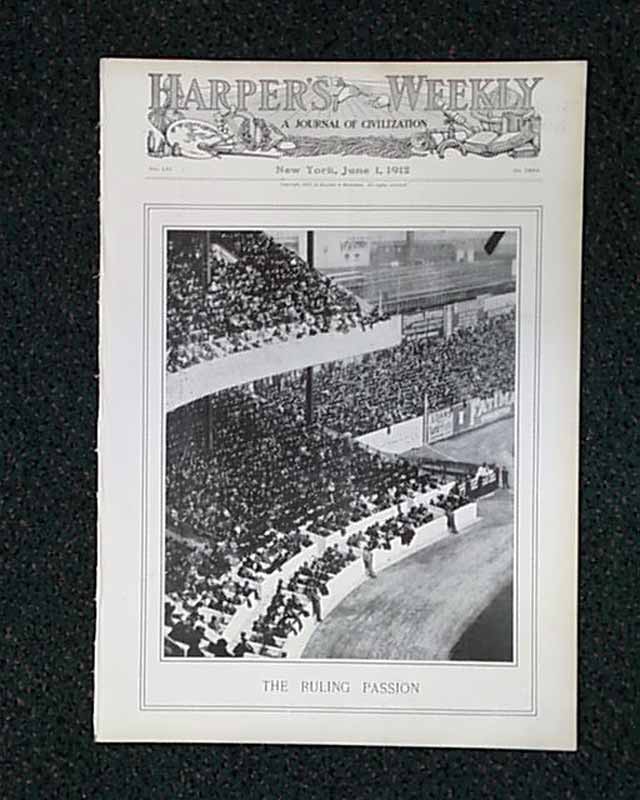 The front page of this issue is a photo of "The Ruling Passion."

This issue has an illustration of "'Down With the Bosses!' 'I will Name the Compromise Candidate. He will be Me!'--T.R." by Kemble. There is an article of "How Theodore Roosevelt was Appointed Assistant Secretary of the Navy" by Mrs. Bellamy Storer and there is a double page photo spread of "Sculpture by Rodin at the Metropolitan Museum of Art." There are also photos of "Freak Cars for Furious Fancies" and a full page illustration called "The Temptation of Grandma" by Angus Mac Donall plus much more.