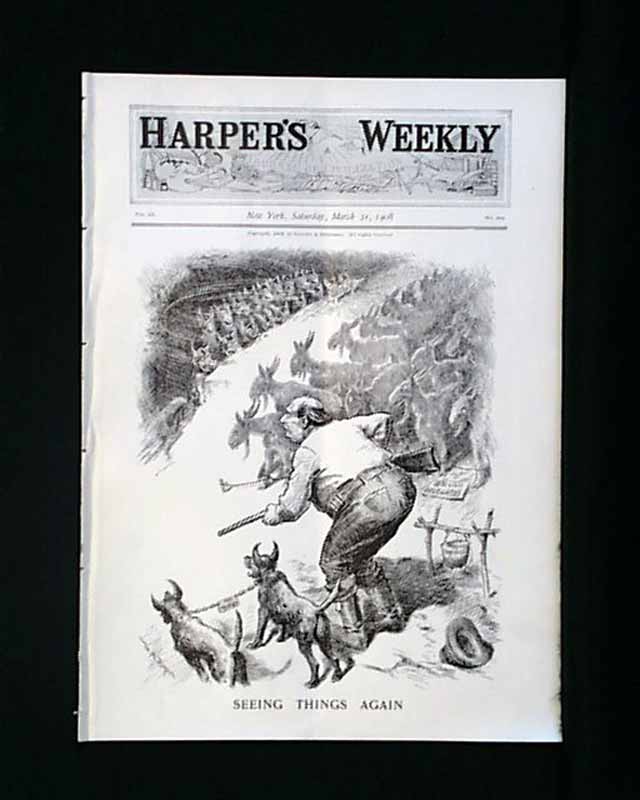 
HARPER'S WEEKLY, New York, March 21, 1908There is a front pg. illustration, "Seeing Things Again" by W. A.. Rogers. In this issue, there is an article and photos of "Wanted: Soldiers--An American Army Problem" by Victor Rousseau; photos of "For the "Honor" of France"; a double pg. illustration of "How to Feel Weak" by James Montgomery Flagg; an illustration of "When the Sleigh Upset" by Howard E. Smith; and other advertisements of the day are included as well. See photos for full details.