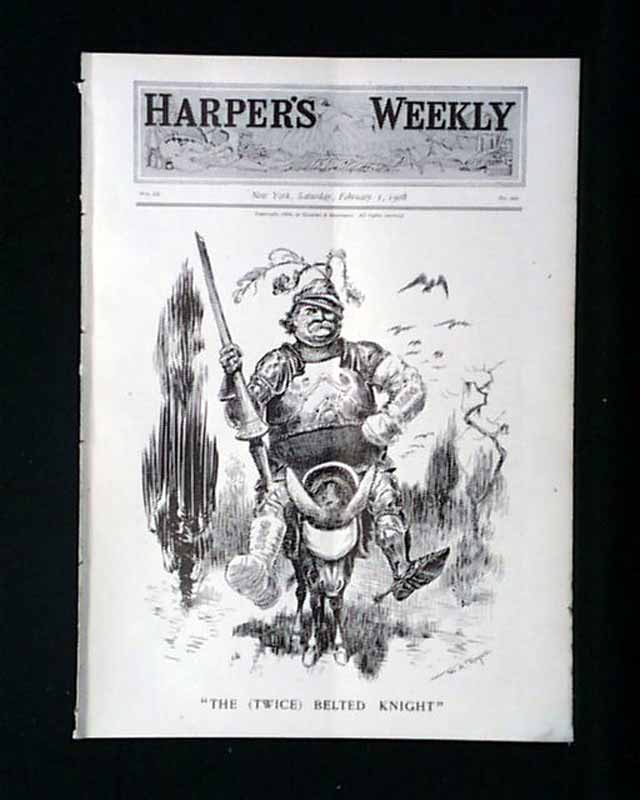 
HARPER'S WEEKLY, New York, February 1, 1908  There is a front page illustration, " 'The (Twice) Belted Knight' " by W. A.. Rogers. There is an article with photos of "Fighting Fire With Politics" by William Inglis. There are photos of "The Sacrifice to a Child's Curiosity" and "The Late Edmund Clarence Stedman." Also, there are illustrations of "As New York Climbs Skyward" by Vernon Howe Bailey; "From the Perils of the Sea" by John Edwin Jackson; "The Possibilities of Wireless" by A. B. Walker; and other advertisements of the day are included as well. See photos for full details.