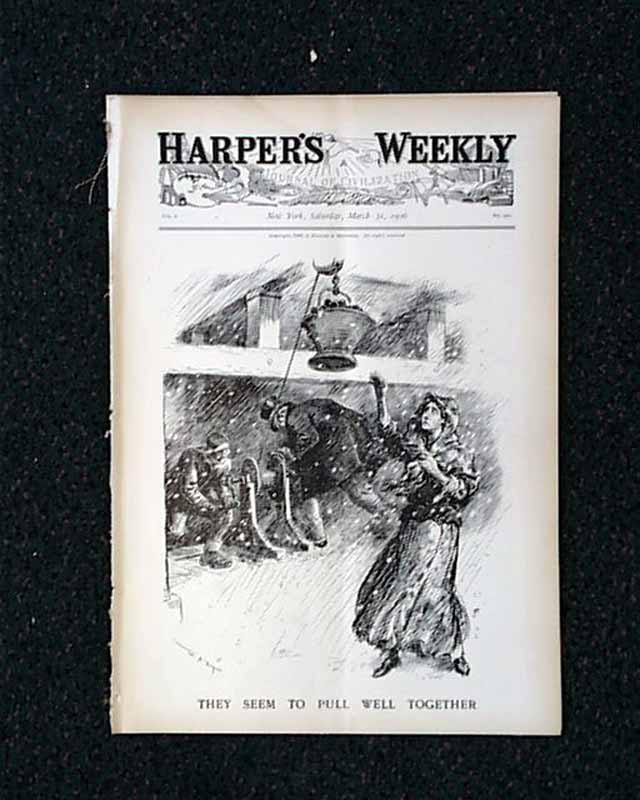 
HARPER'S WEEKLY, New York, March 31, 1906 Front page illustration "They Seem to Pull Well Together" by W. A. Rogers; "The Panama Canal as a Benefit to American Commerce" by Henry Harrison Lewis; "Building Ten Torpedo-Boats in Fifteen Weeks" by Henry Townsend; photos of "Persons in the Day's News" including Miss Susan B. Anthony, Earl Grey, Governor of Canada and others. A double-page illustration spread of "Notable Pictures at the Twenty-Eighth Annual Exhibition of the Society of American Artists"; "A Great Day for the German Royal Family"; "The Unconsidered Perils of 'Skyscraping.'" An advertisement for "The Jumping Frog by Mark Twain" and other advertisements of the day. See photos for full details. 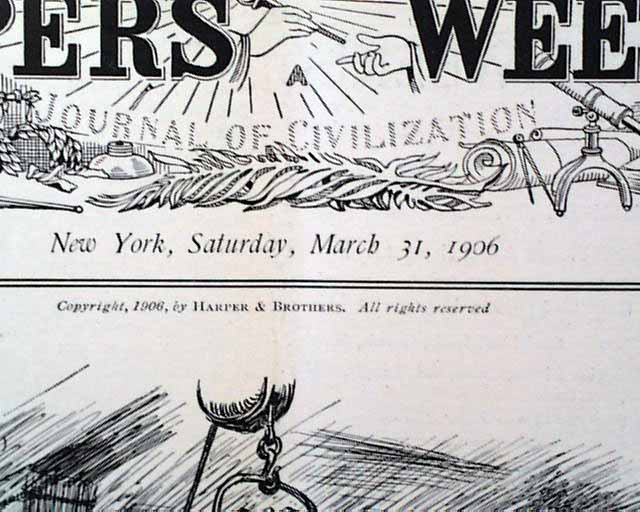 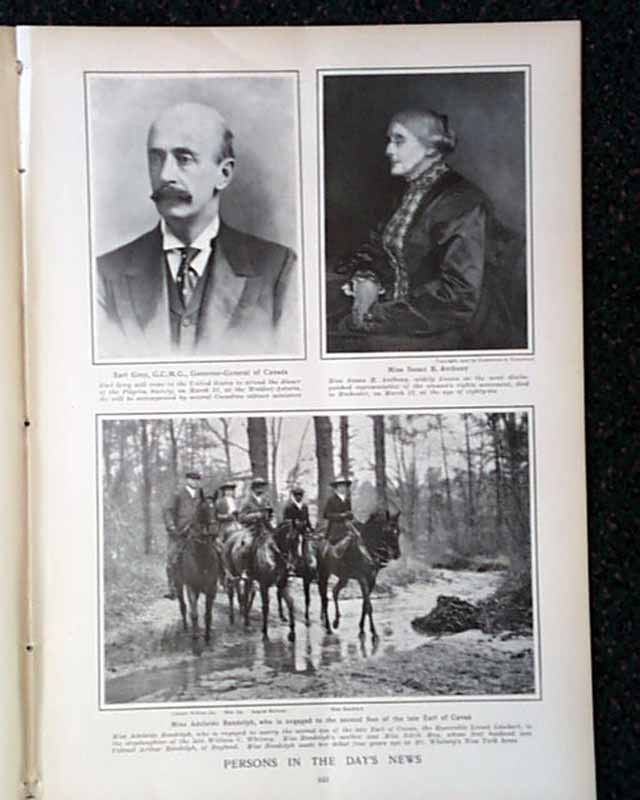 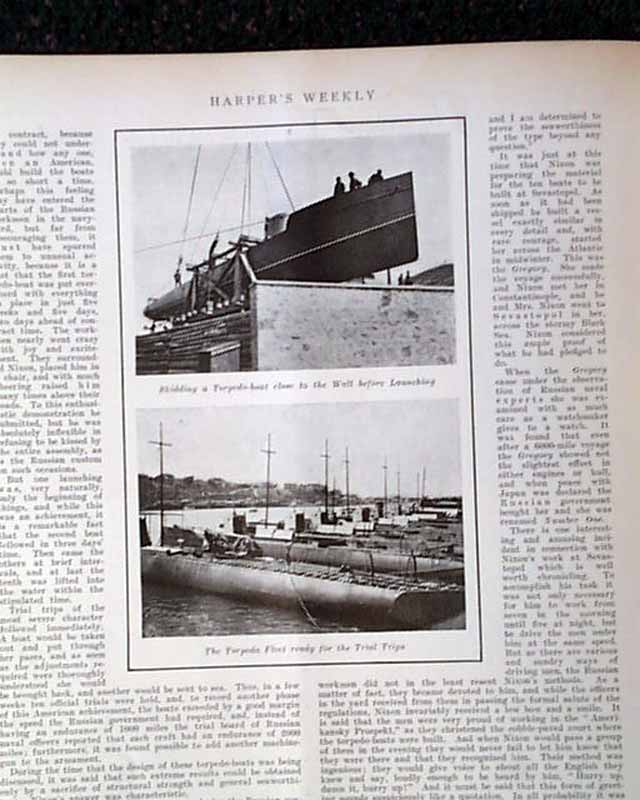 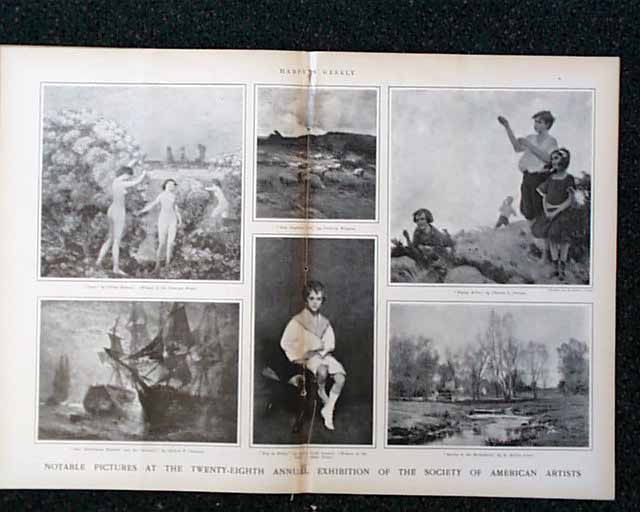 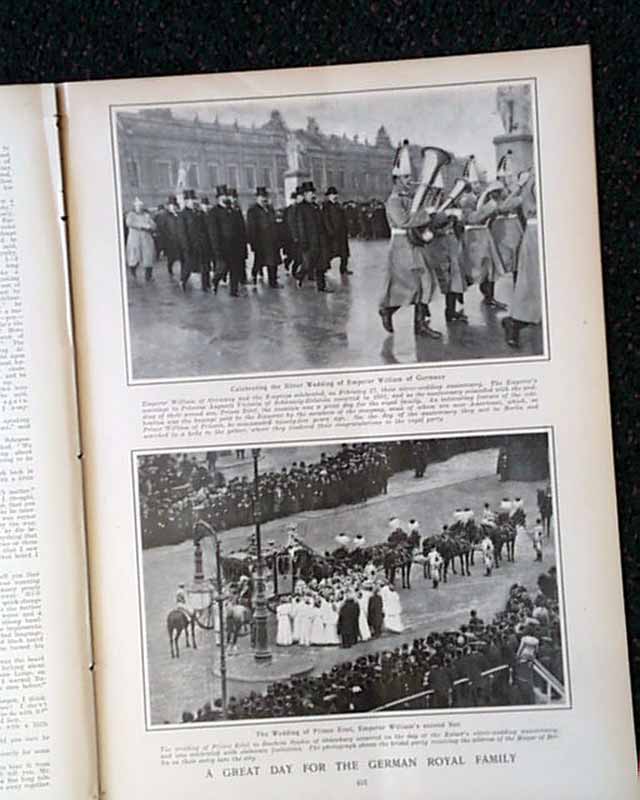 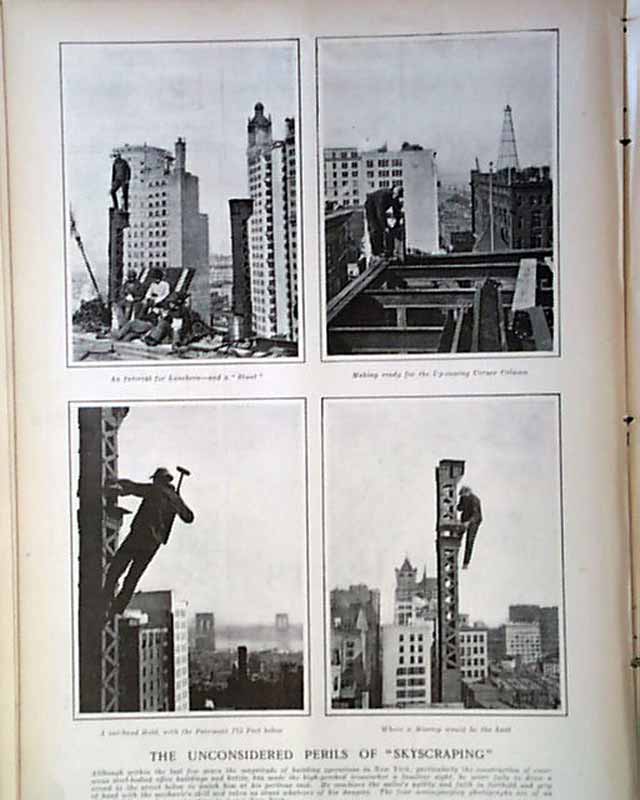 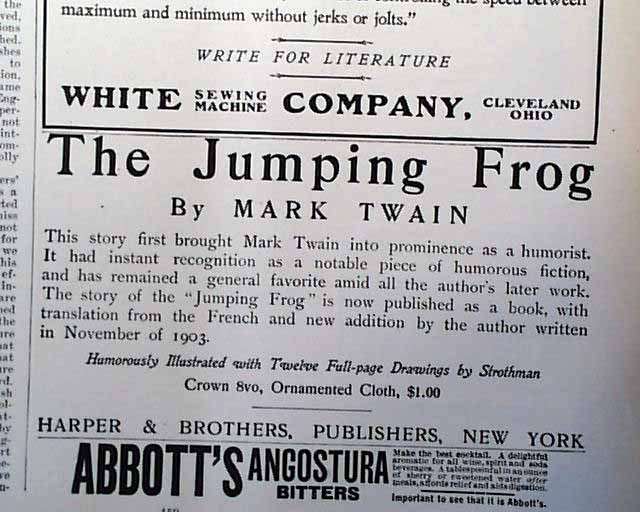