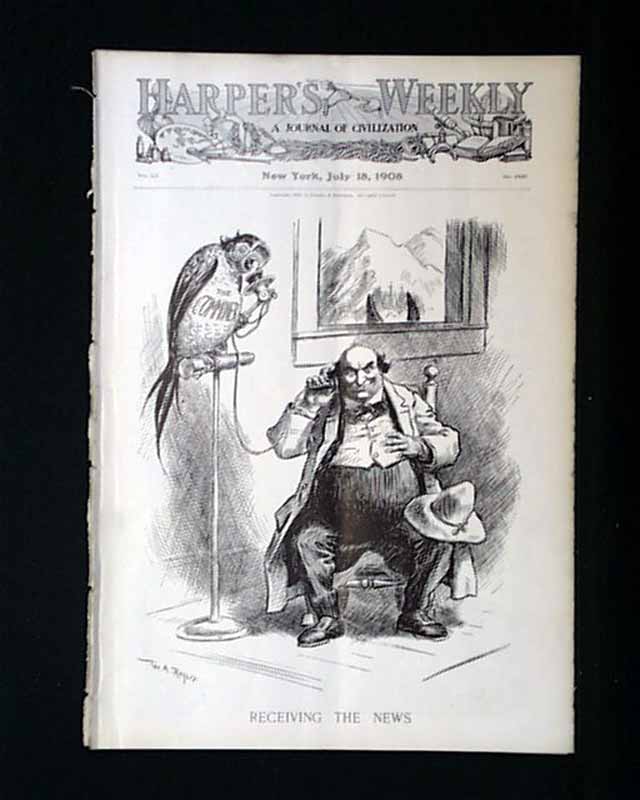 
HARPER'S WEEKLY, New York, July 18, 1908  The front page of this issue has an illustration by W. A. Rogers called "Receiving the News." There are also sketchings done by Kemble called The Daily Matinee" and "The Evening Performance." There is also a double page illustration by Kemble called "'Once More unto the Breach, Dear Friends, Once More"- Henry V."

Also included in this issue are photos of "Quebec's Three Hundredth Birthday"; "As Man Learns to Fly" which includes photos of Count Zeppelin's Dirigible Air-Ship, The Aeroplane "June Bug" and an International Balloon Race. There is also an illustration by James Montgomery Flagg called "Devotion."